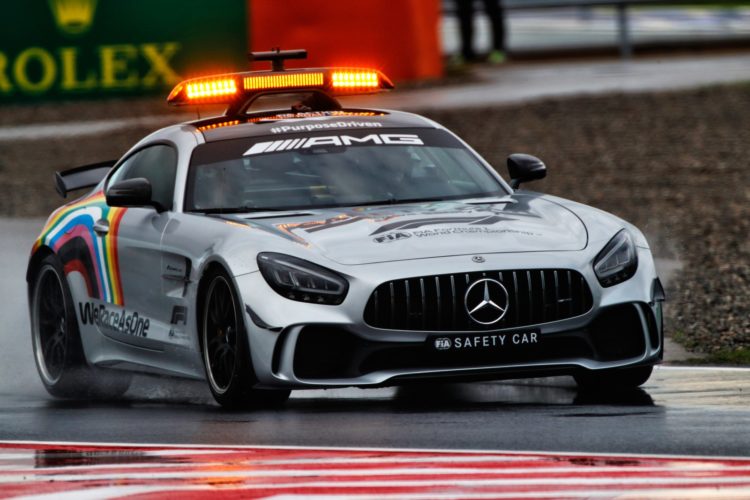 Formula 1 Race Director Michael Masi says procedural changes have been made following the pre-restart situation at Imola but that software-related interference in the race order is not possible.

Several drivers were given the go-ahead to unlap themselves during the Safety Car period at the Emilia Romagna Grand Prix but then came across a group of marshals that were still in the process of clearing the circuit.

Haas’ Romain Grosjean and Ferrari’s Sebastian Vettel immediately expressed concern and while no regulation was broken the FIA confirmed it would investigate the circumstances.

Vettel suggested that it was “embarrassing” that there was no technology in place to amend the race order without the need for drivers to unlap themselves.

But Masi explained that such an amendment is not possible from a sporting perspective.

“From my understanding, this was something that was looked at many years ago when the regulation was first put in,” he said.

“The discussion at the time, from what I’ve been advised, is that the teams were not in favour of that.

“Because you’re talking about different tyre degradation, different fuel loads, what are the further consequences around that of just doing it as a software change so to speak versus what the sporting downside would be in an overall sense.”

Masi nonetheless stressed that the protocol had been tweaked in order to improve safety.

“We reviewed it the following week, the whole process around it,” he said.

“We’ve made some procedural changes that were discussed with the team managers and the drivers at the respected meetings on Thursday and Friday night [in Turkey], all of which, both groups, were really supportive of.

“For ‘21 and beyond, it’s a topic that’s on the Sporting Advisory Committee agenda which is a group representing the FIA, F1 and all of the team managers.

“We’ll discuss it overall and see what the positives, negatives and intended consequences are because we’ve found over the years that anything you do as a knee jerk reaction in a regulatory sense will generally have an unintended consequence.

“That group as a whole collectively will discuss it and make all the procedural changes.”