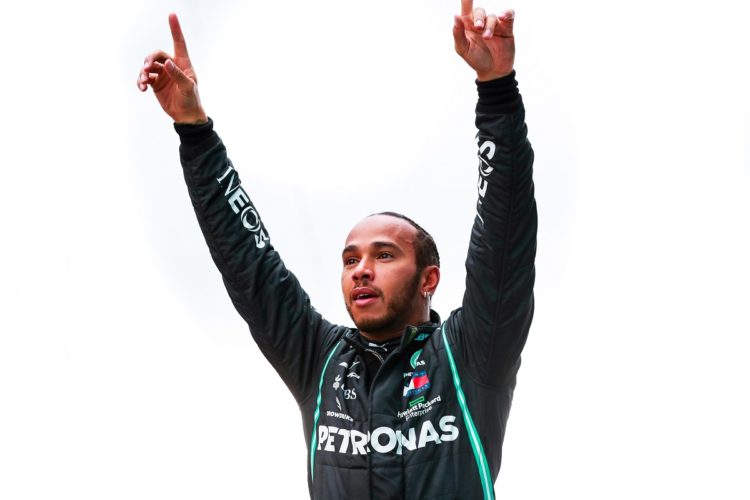 Lewis Hamilton has been named the most influential black person in the UK following his consistent outspokenness for racial equality in 2020.

The Briton was named atop the Powerlist 2021 only days after winning his seventh World Championship at the Turkish Grand Prix, equalling Michael Schumacher’s all-time record.

Hamilton has pushed for equality throughout the 2020 Formula 1 season following the death of George Floyd in the United States, with F1 itself launching the #WeRaceAsOne initiative in June to show their support for impartiality.

The Powerlist 2021 focused on those who have made an impact in key areas that have proved topical this year – racial equality and Covid-19.

Hamilton was the only sports star to make the top 10, with Professor Kevin Fent, the Regional Director of Public Health England coming in second, receiving recognition for his fight against Covid-19.

Grime artist Stormzy, who pledged to donate £10m over the next 10 years to help the struggle against racial equality, following Hamilton and Fent in third place.

After winning his seventh World Championship on Sunday, Hamilton stated that he hoped his achievement would inspire those from a similar background into believing in their dreams.

“When I was younger, I didn’t have anybody in the sport that looked like me,” Hamilton said.

“It was easy to think that that’s not possible to get there, because nobody of your colour has ever been there, you don’t see anybody on TV, any black people on TV that are in Formula 1.

“But hopefully this sends a message to the kids that are watching.

“Hopefully they’ve seen that performance today and hopefully they can see that it doesn’t matter where you come from.

“I think whatever your background, I think it’s so important to you to dream big. And if you are looking at places, industries that you don’t see someone of the same background as you, or the same ethnicity as you, or with the same religion, create your own path.

“Because that’s what we did. That’s what I’ve been able to do. And it’s been so tough. Tough doesn’t even describe how hard it’s been. I hope that sends that message.”