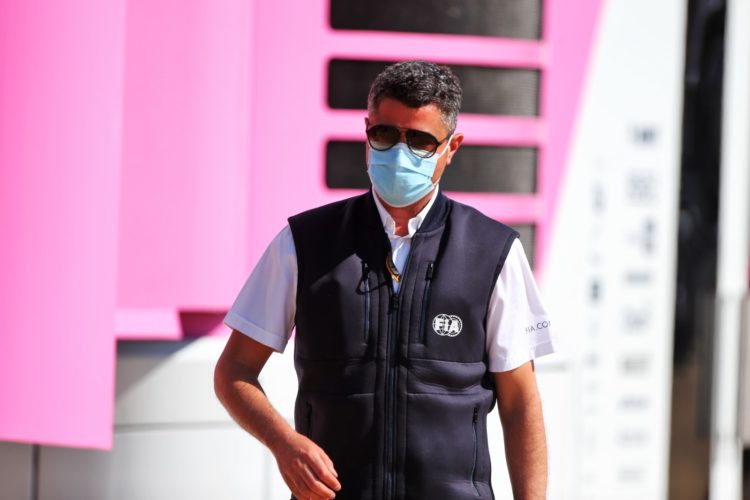 Formula 1 Race Director Michael Masi explained the decision to begin Q2 in Turkey with a recovery vehicle still in the run-off.

Williams’ Nicholas Latifi spun through Turn 8 at Istanbul Park during the closing stages of Q1, beaching his FW43 in the gravel, and prompting the use of a recovery vehicle.

When the second part of qualifying got underway the vehicle was still in the process of retrieving Latifi’s car.

“It was quite close to the barrier opening and the crane was on its way,” said Masi.

“We were given assurances [by the Clerk of the Course] that it would be well and truly clear and looking at everything, I was more than comfortable with the local assurances on that basis.

“With the benefit of hindsight, you would do something different but based on it all with the available information at the time, that’s the call that we made.

“Obviously it was a double-yellow flag anyway, that’s normal protocol even when there aren’t cars on the track. For that sector, it was extended even further and it was an out-lap.”

Masi stressed that safety is the FIA’s “number one priority” as he responded to suggestions that there had been a few concerning incidents in 2020.

“From an FIA perspective we review every incident that takes place, be it minor, major, in between or otherwise and any point in time – during a session, outside of a session and continuously learn from everything that takes place,” he said.

“From that end we will continue to learn, no different from a team learning about different elements over a weekend and in between. We are absolutely no different.

“From our end, as I’ve said many times, safety is our number one priority. You learn from everything every time a car rolls out pit lane, every time you look at something different.”