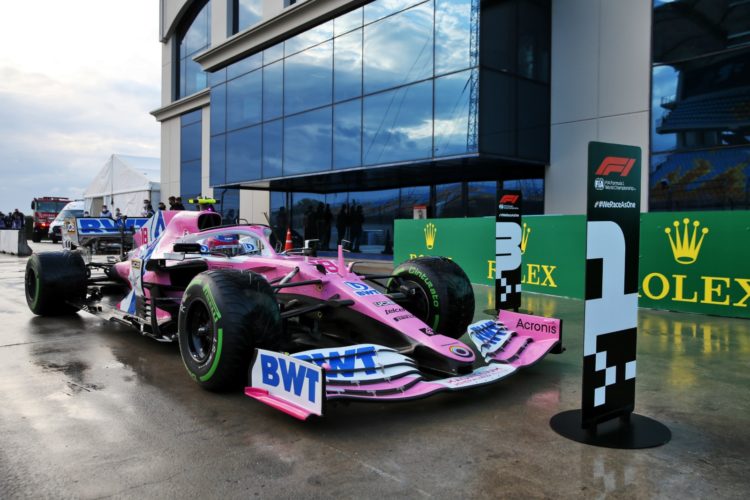 Turkish Grand Prix pole sitter Lance Stroll is under investigation for an alleged breach of yellow flag rules during qualifying at Istanbul Park.

Stroll caused a shock when he claimed a maiden pole position in a rain-hit session, demoting the previously dominant Max Verstappen, to end Mercedes’ stranglehold on Saturdays.

But after the session a bulletin was issued by the FIA summoning Stroll for “allegedly non-respecting yellow flags” at Turn 7 in Q3.

It is understood that the yellow flag was caused when Racing Point team-mate Sergio Perez spun through the corner.

Stroll, following behind, passed the scene, with Perez facing the wrong way in the run-off and told to wait for his team-mate to go through before re-joining the track.

Norris also allegedly failed to adhere to yellow flags while Sainz has been called in to explain an apparent impeding of Perez during Q2.