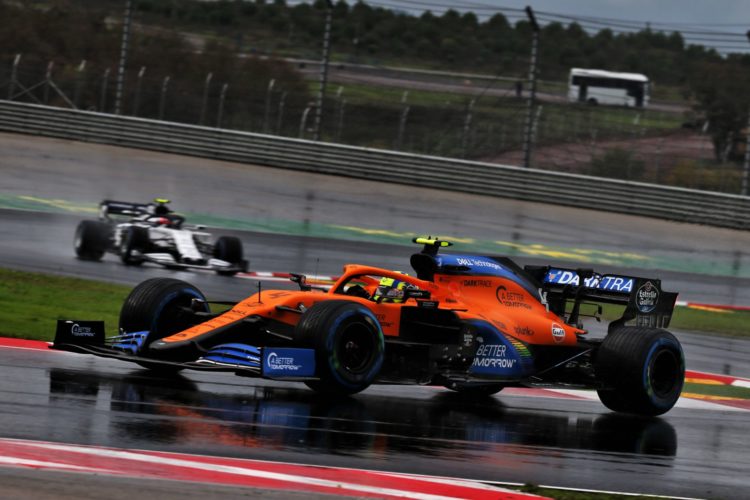 McLaren driver Lando Norris has been handed a five-place grid penalty for the Turkish Grand Prix for a yellow flag transgression.

Norris qualified in 11th position but will now drop to 16th spot on account of the sanction.

He joins team-mate Carlos Sainz in taking a penalty for breaching regulations during the session.

Norris was judged to have not slowed sufficiently for double waved yellow flags that were being shown when Nicholas Latifi beached his Williams in the gravel at Turn 8.

Stewards confirmed that “telemetry shows Car 4 [Norris] slowed in the sector and resumed speed after the incident.”

“Car 4 then asked his team if he should abort the lap, but was told to stay out because of the rapidly changing track conditions.

“Car 4 completed the lap, which turned out to be his fastest in Q1. While the stewards acknowledge that Car 4 was not attempting to set a quick time, due to the changing track conditions he nevertheless did so and thereby breached the referenced regulations.”