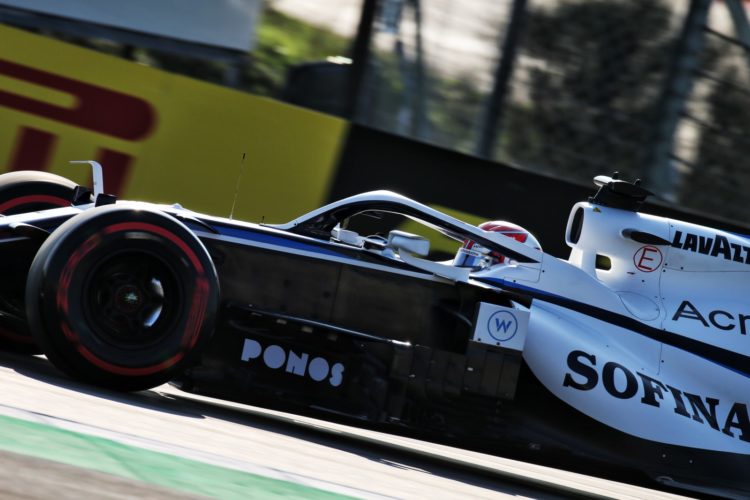 On Friday morning the FIA revealed that Russell has taken on a fresh Internal Combustion Engine, Turbocharger, MGU-H and MGU-K.

For all bar the MGU-K it is the fourth version of the component used by Russell – breaching the regulations that state no more than three may be used.

As a consequence Russell must start Sunday’s race at Istanbul Park from the back of the grid.

He is the first driver to take on engine-related penalties in the abbreviated 2020 season.

Russell has been off-set ever since he suffered an engine failure in the opening round in Austria.

Russell has been a regular presence in Q2 this season and started the most recent event at Imola from 13th place on the grid.

Neither he nor Williams have yet to finish inside the top 10.