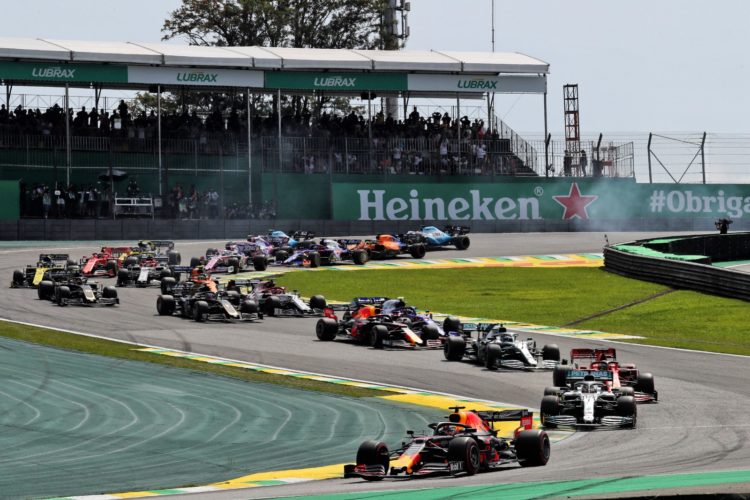 The governor of Sao Paulo has revealed that a new five-year deal has been reached in order for Formula 1 to remain at Interlagos.

Brazil’s Formula 1 future had been uncertain amid attempts to move the event from Sao Paulo to a yet-to-be-constructed facility on the outskirts of Rio de Janeiro for 2021.

The proposed new complex, set to be built in Deodoro, had received the support of the country’s President but had faced criticism due to environmental concerns.

Interlagos, the permanent home of Formula 1’s Brazilian Grand Prix since 1990, was out of contract after the 2020 event, which did not take place owing to the Covid-19 pandemic.

Earlier this week Formula 1’s provisional 23-round calendar listed a mid-November event at Interlagos though this remained subject to a new agreement.

In a press conference held on Thursday Sao Paulo’s governor João Doria revealed that a new deal had been reached, and will soon be signed, and that the event’s title is set to change to the Sao Paulo Grand Prix from 2021 onwards.

“The Interlagos race track has been confirmed to host F1 over the next five years,” said Doria.

“The contract will be signed by [Sao Paulo] Mayor Bruno Covas and Liberty Media, the holder of F1 rights.

In a slight aimed at rivals that supported Rio de Janeiro’s prospective event, Doria added: “The understandings that we have maintained since last year with Liberty Media were made based on correct instruments, in the existence of a race track that is approved by the drivers, by the teams and that, for more than 30 years, has been the home of the Brazilian Grand Prix.

Of next year’s planned 23 events the status of the Spanish Grand Prix, held at the Circuit de Barcelona-Catalunya, remains subject to a new agreement.

Barcelona was handed a one-year reprieve after its previous contract expired in 2019 but it currently does not have an agreement for 2021.

No venue has yet been determined for the proposed fourth round of the season, due to be held on April 25, following the surprise absence of the Vietnam Grand Prix.