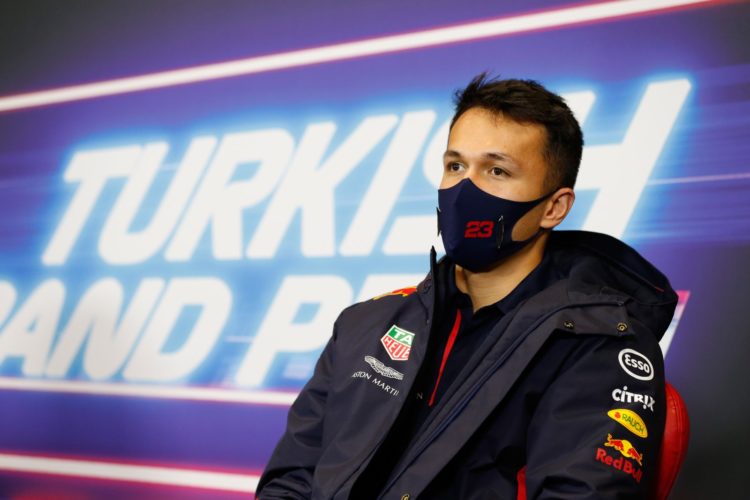 Alexander Albon says his recent run of Formula 1 results have not been “terrible”, believing much of his struggles have been down to lacklustre opening laps.

Albon scored a maiden podium finish at the Tuscan Grand Prix in mid-September, finishing third to the Mercedes drivers, but has since added only a point to his tally.

Albon struggled to the foot of the top 10 at Sochi, retired at the Nürburgring due to a damaged radiator, and then slipped to 12th at Portimao.

The Red Bull driver held a points-paying position at Imola but spun late on shortly after being passed by Sergio Perez for sixth.

“Obviously Mugello was the last race that I had a good result on really but it hasn’t been terrible,” he said ahead of this weekend’s Turkish Grand Prix at Istanbul Park.

“I think qualifying hasn’t really changed too much… it’s been more or less the same, if not, sometimes a bit better.

“It’s more or a less losing a little bit of time at the start of the races and once you’re in the trains it’s really hard to overtake.

“I think Mugello was a nice one because you can overtake but it has been quite tricky once the leading car in the group let’s say dictates the rest. I would say that’s probably more of a reason for it.

“Of course, here Turkey it’s a good track for overtaking and you can do different lines. Firstly, I want to qualify higher and have a smoother race.”