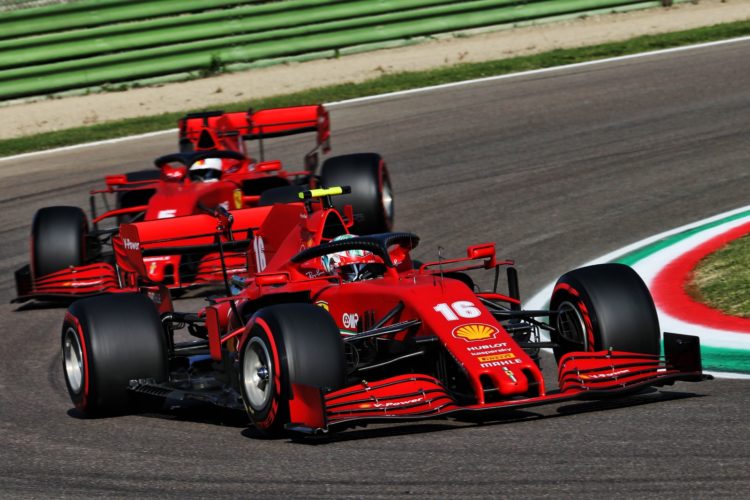 Ferrari says it is encouraged by the gains it believes have been made on the “completely new” power unit that will be fitted to its SF1000 in 2021.

Ferrari has struggled for overall performance from its 2020-spec power unit in the wake of a private settlement with the FIA over its much-questioned engine performance last season.

After taking nine pole positions, three victories and the runner-up spot to Mercedes in 2019 it has regressed into the midfield this year and holds only sixth in the Constructors’ Championship.

It has scored less than a third of the points than at the same stage in 2019 while customer teams Alfa Romeo and Haas have also lacked performance.

But Ferrari is working on a new power unit for 2021 and Binotto says the early signs and feedback are reassuring.

“I think that next year we may have a completely new power unit, that’s per regulations.

“As Ferrari, we have invested a lot in the development of the power unit for 2021, furthermore for 2022.

“It’s true the engine is currently running on the dyno. I think that the feedback in terms of performance and reliability is very promising.”

Engine manufacturers will be restricted on development but Binotto says Ferrari will simply have to be “creative” in order to maximise its dyno running.

“Dyno limitation, that’s down to us somehow to be efficient in the way we’re planning all the tests with the dyno,” he said.

“Maybe [we will need to be] creative in the way we are approaching the testing.

“I think that even if we have got some limitations on dyno operations there’s still room for improvement. From what I can see today at the dyno, somewhat happy with the results.”