Jeddah night race to bring F1 to Saudi Arabia from 2021 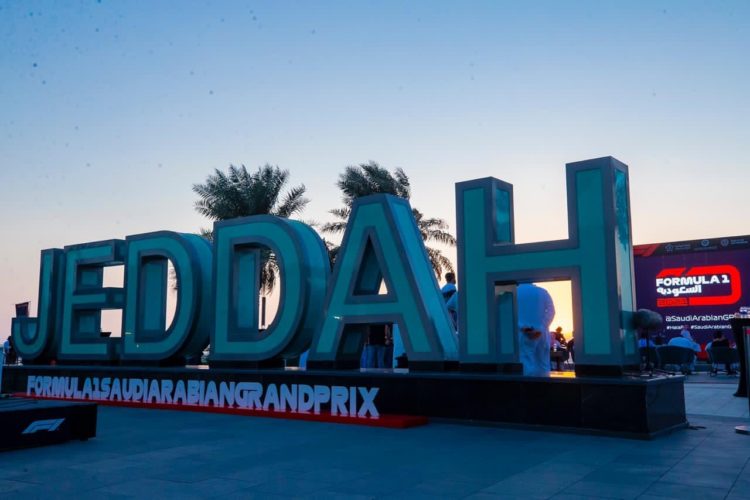 Formula 1 will visit Saudi Arabia for the first time in November 2021 with a street race set to be held at night in Jeddah.

Saudi Arabia has played an increasingly prominent role in motorsport with the Race of Champions, Formula E and the Dakar Rally all visiting the country in recent years.

Its state-owned oil giant Aramco became a global partner of Formula 1 at the start of 2020 and its branding has been prominent at grands prix this year.

It will be the third Formula 1 event in the Middle East, following on from Bahrain and Abu Dhabi, which joined the calendar in 2004 and 2009 respectively.

It is the third new race deal to be agreed under Liberty Media’s stewardship of Formula 1, after rounds in Vietnam and the Netherlands, whose 2020 events were called off due to Covid-19.

The streets of Saudi Arabia’s second-largest coastal city, Jeddah, will be used for its debut in Formula 1, and the event will take place at night, joining Singapore, Bahrain and Abu Dhabi.

The circuit will run along the Jeddah corniche, adjacent to the Red Sea, and be the first event of a multi-year deal between Saudi Arabia’s sports federation and Formula 1.

Further details on the exact location of the circuit, and its layout, will be provided in due course.

“We are excited to welcome Saudi Arabia to Formula 1 for the 2021 season and welcome their announcement following speculation in recent days,” said Formula 1 CEO Chase Carey.

“Saudi Arabia is a country that is rapidly becoming a hub for sports and entertainment with many major events taking place there in recent years and we are very pleased that Formula 1 will be racing there from next season.

“The region is hugely important to us and with 70 per cent of the population of Saudi being under 30 years old we are excited about the potential to reach new fans and bring our existing fans around the world exciting racing from an incredible and historic location.

“We will be publishing our full provisional 2021 calendar in the coming weeks.”

Jeddah has so far only been confirmed for 2021 with Saudi Arabia’s grand prix expected to move to a new facility in 2023 as part of the long-term arrangement.

A multi-billion-dollar entertainment, sports and arts facility known as Qiddiya is currently under construction on the outskirts of capital city Riyadh and a Grade 1 circuit is part of the complex.