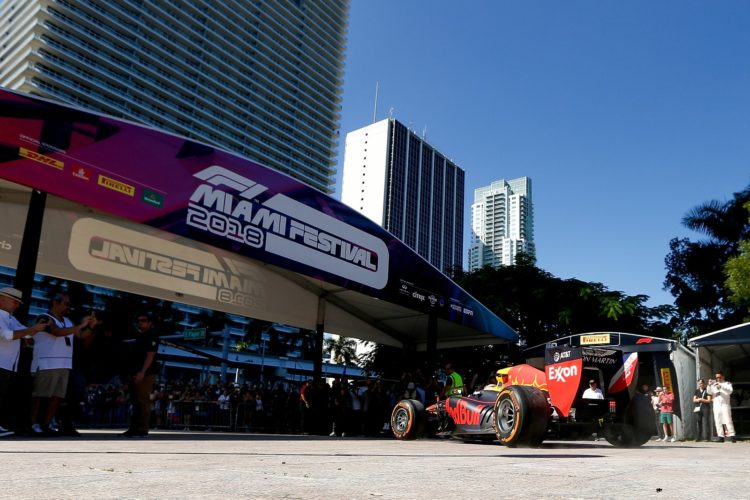 Formula 1 says better long-term visibility on the Covid-19 pandemic is needed before a potential Miami Grand Prix can join the championship.

Liberty Media has been striving to add a second event in the United States, joining the Circuit of the Americas, with Miami identified as its preferred location.

Officials initially wanted to hold an event in the Bayfront Park area of the city in 2019 but this was deferred by 12 months before being abandoned altogether.

A new proposal was unveiled for Formula 1 to race in the area surrounding the Hard Rock Stadium, run by the owner of the Miami Dolphins, with May 2021 outlined as a potential date.

A circuit layout was released with compromises made in order to appease concerns raised by local residents.

On Thursday Formula 1 unveiled plans for a Saudi Arabian Grand Prix in Jeddah.

Formula 1 is soon set to release a provisional expanded 23-event calendar, which is poised to feature the 22 rounds included on the pre-Covid-19 2020 roster, plus Saudi Arabia.

It means Miami is unlikely to feature but Formula 1 boss Chase Carey has stressed that the event is still in the pipeline for the coming years.

“Actually we had a conversation with the [Miami] Dolphins group leadership a few weeks ago.

“I think both of us decided that when the virus issues came to the forefront and the uncertainty associated with it we were better off going a little slower and trying to get to a place where we had a bit more visibility in how this is going to play out.

“I think we’re as excited as ever about the opportunity in Miami but we felt the prudent path forward was to make sure we’re confident.

“We feel pretty good about next year, our early events are the ones we’ve had the deepest conversations with, they all seem confident about having fans, and having events that are, if not normal, will feel pretty close to normal, so we’re getting great enthusiasm, but there’s still uncertainty.

“For a new race we want to launch in the right way so we both thought the right thing was to go a bit slower until we have better visibility, whether it’s vaccines, treatments or test.

“We’re certainly still engaged but we’ll continue to monitor the broader environment and see when it makes sense to move to the next phase.”