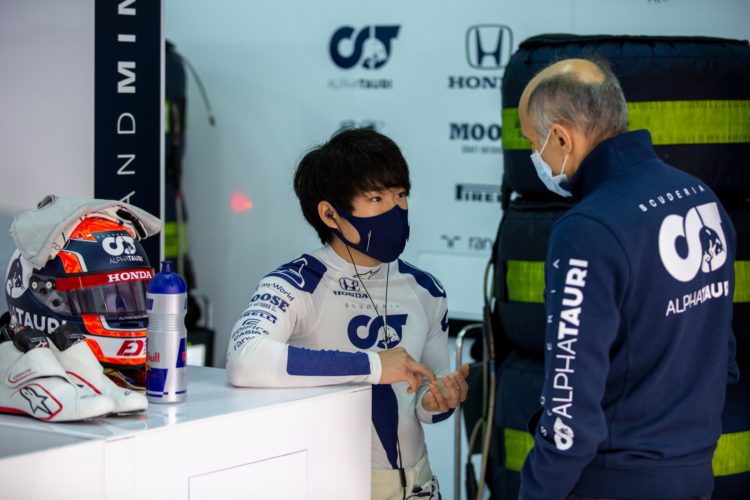 Yuki Tsunoda was “quite impressive” in his maiden Formula 1 test, according to AlphaTauri boss Franz Tost, as the youngster continues to chase a 2021 seat.

Tsunoda is the lead candidate to join Italian Grand Prix victor Pierre Gasly at AlphaTauri in 2021, with Daniil Kvyat likely to leave the team at the end of the year.

Tsunoda, jointly backed by Red Bull and Honda, claimed the 2018 Formula 4 title in his native Japan, finished ninth in Formula 3 last year, and currently holds third in the Formula 2 championship.

AlphaTauri stayed on at Emilia Romagna Grand Prix venue Imola on Wednesday for Tsunoda to test its 2018 car.

Tsunoda conceded he underestimated the physical challenge of a Formula 1 car but AlphaTauri’s Team Principal was encouraged by the 20-year-old’s day.

“Yuki got immediately familiar with the car, which means that when we changed to the dry tyres [after early rain] he improved his lap times straight away and it was quite impressive,” said Tost.

“After the lunch break we continued on with new sets of tyres and he improved further, showing that he was feeling more comfortable in the car, lap by lap.

“Yuki gave valuable technical feedback regarding the behaviour of the car, which was in line with what we expected.

“In his last run, he did a race simulation and he was very consistent, which is clear evidence he had everything under control.”

Tsunoda, who will contest the Formula 2 double-header finale in Bahrain, is set to test AlphaTauri’s 2020 car, the AT01, during the one-day young driver test in Abu Dhabi in mid-December.