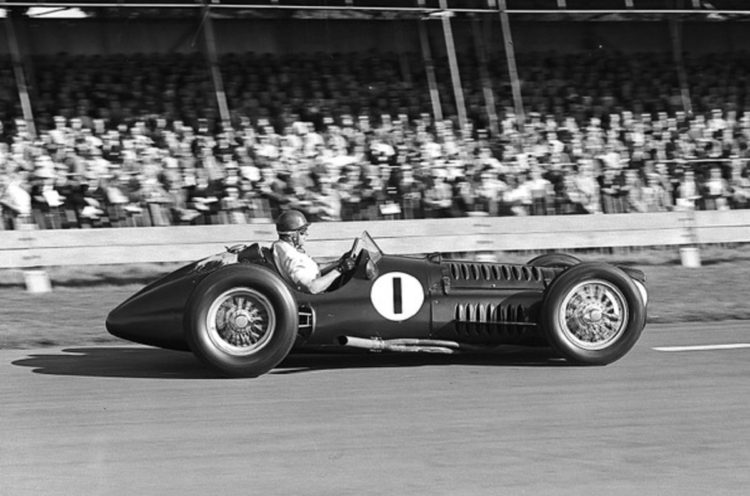 The cars will be equipped with a 16-cylinder engine, ten cylinders more than what is used as part of the modern F1 combustion engine.

Currently, the only surviving V16 Mk 1 car is deemed too valuable to race, and rests as a treasured museum piece.

John Owen, the 81-year-old son of former BRM Team Principal Sir Alfred Owen, is set to receive the first rebuilt car next year upon its completion.

The construction of the classic car will be done with the help of 20,000 original drawings to manufacturer brand new, but authentic versions of the Type 15 V16 Mk 1 machine, undertaken by historic automotive restoration specialists Hall and Hall.

The cars will be produced to FIA standard, meaning they will be eligible to take part in historic racing.

According to a statement, gaining permission that allows the cars to race again is the “first and most important step in the preservation and growth of the BRM marque – the ability for future generations worldwide to see, and above all, hear, the mighty V16 for years to come”.

BRM made its F1 debut in 1951, with Reg Parnell and Peter Walker taking part in the British Grand Prix.

The team would win its first race in 1959 courtesy of Jo Bonnier, who beat the Cooper driven by Jack Brabham to the chequered flag.

1962 saw BRM crowned Constructor Champions for the first time and final time, with Graham Hill also taking the Drivers’ Championship with the team the same year.

By the time it ended its F1 journey in 1977, BRM had amassed 17 race victories and 61 podiums to go along with its double-Championship glory in 1962.

Speaking about the project, John Owen said: “Watching the likes of the Pampas Bull (Gonzalez) and, in particular, Fangio, master the power of the V16 was very special.

“And the fabulous noise of the engine still rings in my ears 70 years on! In a selfish way, I have always dreamed of hearing that sound again but now I’d also love to share that sensation with others.

To hear the V16 screaming at full tilt for the first time is something special – something you never forget.