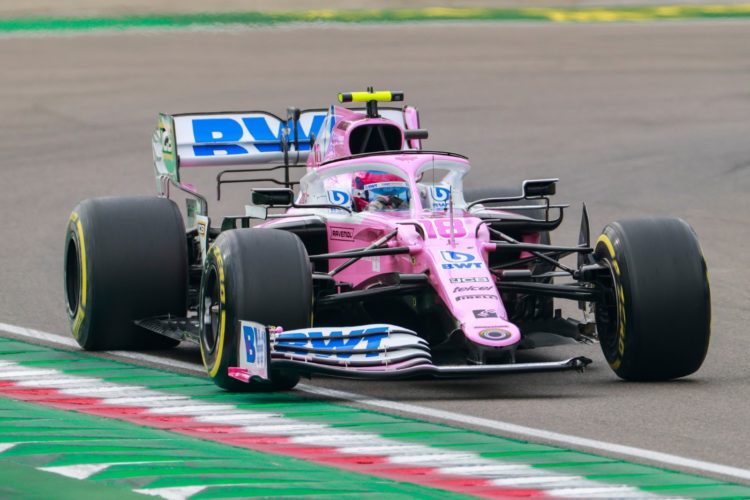 Racing Point says Lance Stroll has “taken quite a battering physically and mentally” in recent weeks as his difficult Formula 1 run continued at Imola.

Stroll took seven straight points finishes earlier in the season, culminating in a podium result at Monza, which elevated the Canadian youngster to fourth in the championship.

But he has yet to add to his tally in the wake of a sequence of setbacks and incidents.

Stroll suffered a high-speed accident while challenging for the podium at Mugello and retired on the opening lap at Sochi after contact with Charles Leclerc.

He missed the Nürburgring round through illness, which was later deemed to be Covid-19, and endured a troubled return at Portimao, retiring after colliding with Lando Norris.

Stroll started from 15th at Imola but sustained front wing damage on the opening lap and came home only 13th, slipping to 11th in the standings.

“Obviously he’s not where he was, for sure, from where he was at Monza to where he is now,” said Racing Point technical chief Andrew Green.

“There’s a lack of confidence for sure, which we’ll have to work on over the next week or so trying to get him back again.

“I think the illness did knock it out of him, for sure, that’s something that we hadn’t really foreseen.

“We’d heard about the length of time it can take to recover from the illness and I think it is taking some time, he just needs to get his confidence back again, believe in himself again, and we’ll get the Lance back that we had for the first two-thirds of the season.

“He’s obviously taken quite a battering physically and mentally. It was quite a big accident in Mugello, so I think that probably dented his confidence, and then not being fit for a couple of races.”

“It is really, really fine margins here and if you’re not on top of the car, and understanding where the tyres are, and getting them in the sweet spot, you can be made to look like an idiot,” Green said.

“Half of it is he probably that he just needs an arm around him, a bit of a hug, and say ‘come on let’s pull yourself together now and get on with this over the last few races’, and try and get back to third in the championship.

“He’s more than capable of doing it, it’s just a bit tough on him at the moment.”