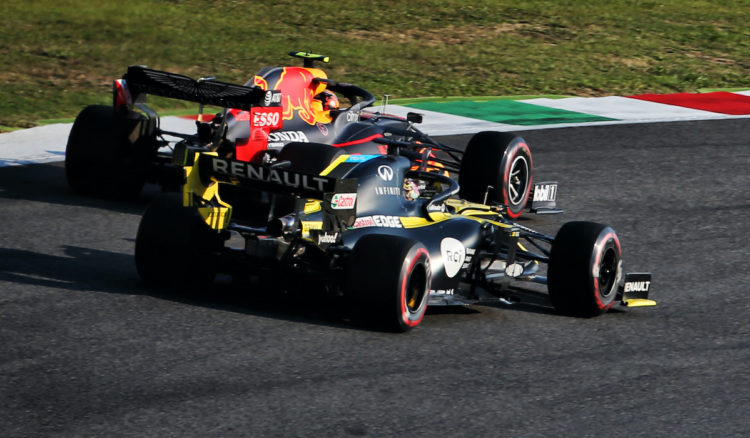 Renault has joined Formula 1 rival Ferrari in rejecting the idea of an engine freeze, which was put forward by Red Bull which faces an engine predicament following the news that Honda will quit the sport next season.

Red Bull is looking to acquire the rights to Honda’s engine and continue to run it until new engine regulations are introduced in 2026, but to do so competitively, it is asking rivals to back an engine freeze for ’22, whereby no engine development can take place to save costs – as Red Bull wouldn’t be able to burden the cost of developing Honda’s engine and would likely fall behind its rivals as a result.

Mercedes has said it would support the freeze, but Ferrari rejected the idea and can of course use its veto powers to block such a move.

Now F1’s fourth manufacturer, Renault, has voiced its opinion, joining Ferrari in saying it won’t support such a proposal given Red Bull and Honda weren’t supportive when Renault suggested such an idea previously.

“If you had asked me six months ago, we would have pushed hard for an even lower budget cap, to try to contain the costs of the chassis, but also to reduce those related to the engine by accepting a freeze,” Renault team boss Cyril Abiteboul said.

“But Red Bull Racing and Honda were against it and we accepted it [there decision].”

Abiteboul says as a result of that, Renault changed tactic and is now heavily investing in the development of its engine.

“We continued on a different path. Since then, we have been very busy working on the 2022 engine platform and, if you ask me today what I think about freezing the engines, my position is clearly different from the one I had six months ago.

“I am against freezing the engines. We have no intention to stop what could be a very important platform for us. We do not accept it.”

Red Bull’s Christian Horner is hoping the FIA will step in and force the freeze upon the manufacturers as part of measures to cut costs, which follows the introduction of a budget cap next year and a driver salary cap.