Gasly: P4 qualifying result came from ‘a mix of many things’ 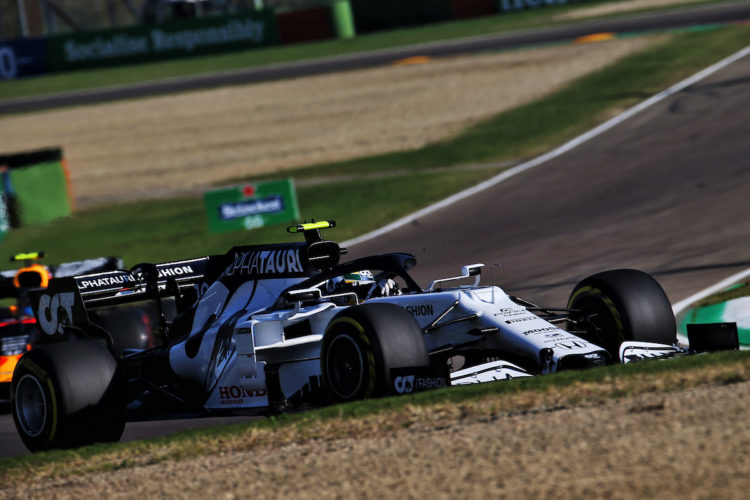 AlphaTauri’s Pierre Gasly says a multitude of reasons were behind his starring performance in Imola’s qualifying session in which he ended up P4.

The Frenchman will line-up for the start of the Emilia Romagna Grand Prix alongside former Red Bull team-mate Max Verstappen, as he equalled his best-ever qualifying finish in F1.

With the second AlphaTauri car of Daniil Kvyat also making it into the top ten, Gasly says that a number of factors have helped the Red Bull sister team to achieve its strong performance.

“I would say it’s probably a mix of many things, the car has been feeling good straight away out of the box in practice,” Gasly said.

“We carried over the findings from Portimao and the last few races and the package seems to work well on this track.

“There was no wind at all and we know the car seems to work well in these conditions.

“We managed to put some good laps in practice, every qualifying, Q1, Q2, Q3 as well. It was a very tight battle between everybody but we managed to come out on top here.”

Ahead of the weekend, AlphaTauri confirmed that Gasly would be staying with the team in 2021.

However, speaking to Sky Sports F1, Gasly asserts that the news about his contract didn’t boost his performance at Imola, as he has known the news for a number of weekends.

“I must admit I’ve known the decision for quite a while already, a couple of weekends ago, I don’t really feel it has changed much,” Gasly said.

“I’m really happy with the way I’m working with the engineers, they’re providing me with a very strong car every weekend.

“I’m feeling good at the moment, the car worked well, Dani was also in Q3. It’s been a good weekend so far for us, hopefully we can finish great tomorrow.”