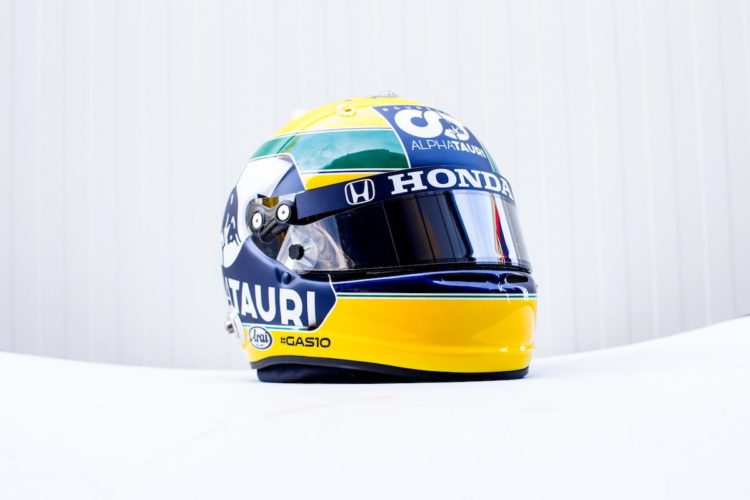 In 1994, three-time World Champion Senna died in a crash at Imola, which at the time ran under the San Marino Grand Prix title.

Senna has been immortalised at the circuit with a monument erected in his honour, which is often surrounded by tributes from fans.

The Brazilian’s famous helmet livery, which was primarily yellow along with two horizontal green stripes, has been replicated for Gasly this weekend.

Gasly used another a tribute helmet earlier this year, wearing a livery at Spa-Francorchamps that remembered his friend Anthoine Hubert, who was killed in a Formula 2 crash in 2019.

F1 returns to Imola this weekend for the first time since 2006, a race that was won by Michael Schumacher.

Ahead of the weekend, it was announced Gasly would be remaining at AlphaTauri in 2021, following a successful season in which he secured his first race win.

Speaking at Imola, the Frenchman said of his new deal: “I think this year has been very successful so far. We’ve scored [the] second win for the team, my first win in Formula 1.

“I think we at the moment scored the most points for a driver in the team’s history since they joined Formula 1 so the season is going extremely well, and I’m looking forward for next year to try to do even better, try to achieve more.”