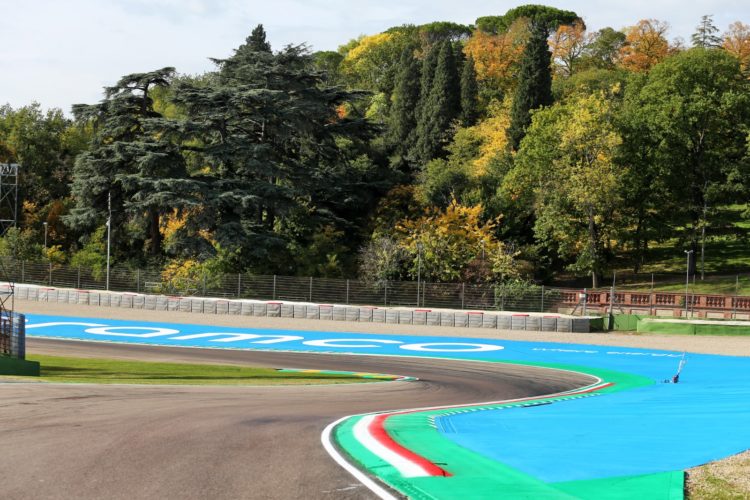 Formula 1 drivers have been warned that their lap times will be deleted if they exceed track limits at two of Imola’s corners.

Formula 1 is returning to Imola this weekend for the Emilia Romagna Grand Prix 14 years after the circuit last hosted a World Championship event.

The circuit has been modified since Formula 1’s most recent visit with the start/finish line moved back and the Variante Bassa chicane removed.

In his pre-event notes issued on Friday morning drivers have been warned by Race Director Michael Masi not to exceed track limits at the exit of the left-hander of Piratella and the Variante Alta chicane.

“A lap time achieved during any practice session or the race by leaving the track will result in that lap time being invalidated by the stewards,” confirmed Masi.

“A driver will be judged to have left the track if no part of the car remains in contact with the track.

“On the third occasion of a driver failing to negotiate [Turns 9 and 15] by using the track during the race, he will be shown a black and white flag, any further cutting will then be reported to the stewards.

“For the avoidance of doubt this means a total of three occasions combined not three at each corner.”

The FIA has enforced track limits through the use of timing loops at the majority of events this season.