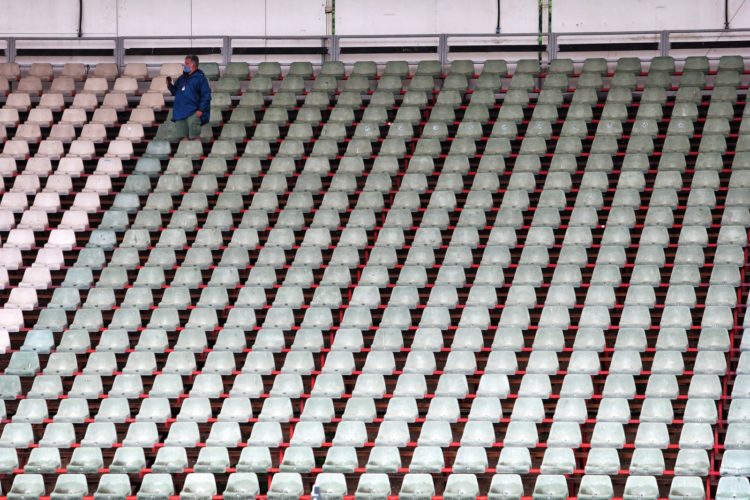 Formula 1’s return to Imola this weekend will take place without fans in attendance after tighter measures were recently introduced in Italy.

Organisers at Imola had previously been given approval to allow 13,000 spectators per day in line with Covid-19 guidelines.

But Western Europe, including Italy, has suffered an increase in the number of Covid-19 cases in recent weeks.

On Sunday Italy’s government announced further restrictions, including the closure of restaurants and bars at 18:00, and the outlawing of spectators at open-air sporting events.

Officials at Imola pressed ahead to try and implement its original proposal, citing its “very strict” guidelines for spectators in compliance with previous Covid-19 rules established by local and national authorities.

It submitted a new proposal to allow only 6,500 spectators per day but this did not receive the required approval.

On Wednesday it announced that its event, the first Formula 1 round at Imola since 2006, will be run behind closed doors.

Organisers are now evaluating the legal formalities relating to the “extraordinary cancellation of the presence of public and hospitality” and have promised to refund tickets “within the shortest possible time.”

Spectators have only been permitted access to a handful of grands prix this season in the wake of the opening seven rounds taking place behind closed doors.

A smattering of invited doctors and nurses were present at Monza before a small number of the general public were allowed to purchase tickets for events at Mugello, Sochi, Nürburgring and Portimao.

Of the remaining events after Imola fans will not be present in Turkey or at the season finale in Abu Dhabi while organisers in Bahrain are continuing to monitor the situation.

It means fans are unlikely to be present again at a grand prix until Melbourne’s planned 2021 season-opener next March.