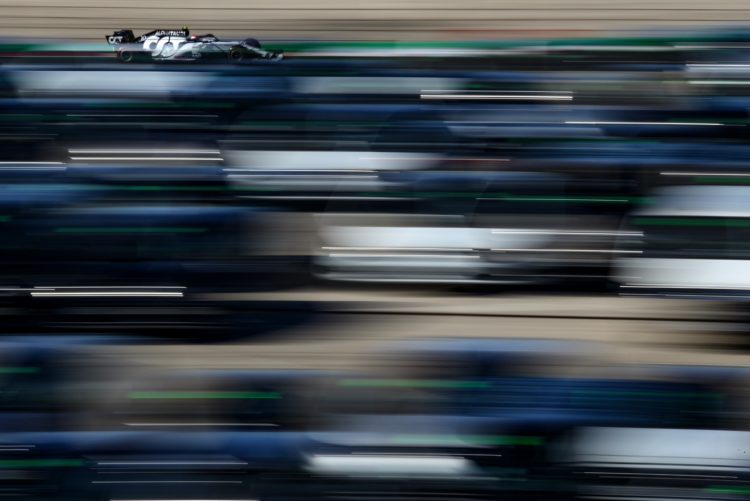 AlphaTauri’s Pierre Gasly believes he is driving better than ever after taking a strong fifth position at Formula 1’s Portuguese Grand Prix.

Gasly started from ninth place at Algarve but made gains to move up the order and prevailed in a late battle against Sergio Perez to classify fifth.

The result elevated AlphaTauri driver Gasly to 63 points after 12 races – mirroring his points tally achieved at Red Bull during the first half of 2019, following which he was demoted.

“I have a bit more experience now and I think I manage and approach the weekend in a different way and managed to extract everything a bit more so I think it is fair to say that,” he said.

“There is still many areas to improve but it is working well and also the team is doing everything I need to perform so we have a good working relationship.

“Some moves were very tight on the inside so I was very happy to make it around the outside on the next lap so to get the fifth place… nice. It felt good from the inside, but it didn’t look it from the outside.

“It was a great race for us and we are really strong at the moment, we finished sixth last weekend and fifth this weekend so honestly we really managed to extract everything from the car on Sundays.

“On my side I feel I am performing at a very good level so I will keep pushing that way.”

Alexander Albon, who replaced Gasly at Red Bull, has struggled at the senior team and his position for 2021 is under threat.

But Red Bull has outlined that if it opts to replace Albon it will look outside of its roster, rather than re-recruit Gasly, emphasising that he will be remaining at AlphaTauri.

“At the end of the day Red Bull decides what it wants to do with the drivers,” he said.

“On my side the only thing I can do is perform but obviously we know that performance is not the only criteria to be in Formula 1 and to get a seat in Formula 1 so we will see.

“On my side that is out of control so the only thing that I can do is put in good results and I think at the moment it is working well.

“I have scored the most points in Toro Rosso [AlphaTauri] than of the any other drivers in the past and hopefully I will get rewarded at some point.”