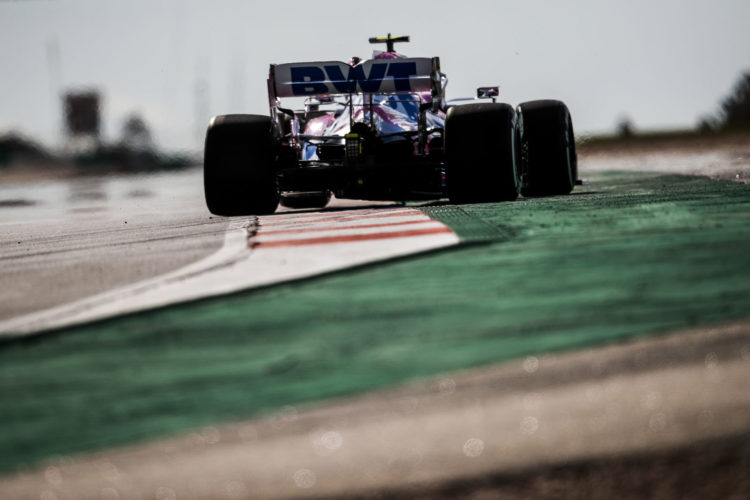 Race Control outlined that drivers would have their times deleted if they ran wide at Turn 1, Turn 4 or Turn 15 at the Algarve Circuit.

While drivers remained within the boundary at the final right-hander they were often unable to remain within the limits at Turn 1 and Turn 4.

Across the pair of 90-minute sessions there were a total of 125 offences across the field.

Of those 43 were at Turn 1 and 82 were at Turn 4 with 65 offences in the first practice session and 60 during the second session.

Red Bull’s Alexander Albon was the biggest transgressor as he exceeded track limits at those two turns on 15 occasions.

Formula 1 has clamped down on track limits through the 2020 season with instructions issued to drivers and teams prior to the start of practice sessions.

It has moved away from using orange or yellow sausage kerbs where possible in order to prevent car components from being damaged, reducing the risk of increased costs for teams.