Already the subject of heavy controversy since the pre-season tests in February, other accusations concern the Racing Point, which for 2021 will benefit from the rear end of the Mercedes W11, without spending tokens (or tokens). 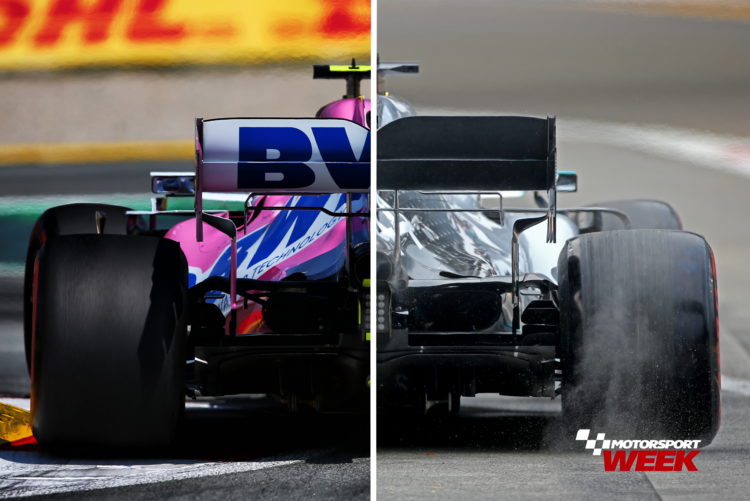 With Formula 1 preparing to return to Portugal this weekend the championship is already turning its attention to 2021, with a new “copygate” saga bubbling away involving Racing Point (Aston Martin in 2021).

Already the subject of heavy controversy since the pre-season tests in February, other accusations concern Racing Point, which for 2021 will benefit from the updated rear end of the Mercedes W11, without having to spend any development tokens.

But where does this controversy come from, which risks a repeat of the scenario already seen during this season?

It is because the technical regulations have remained largely unchanged from 2020 to 2021 due to the Covid-19 pandemic, with the overhauled regulations delayed until 2022. Teams were not due to keep these cars for another 12 months when they were initially designed. But some components can be modified after the FIA permitted the use of two development tokens. 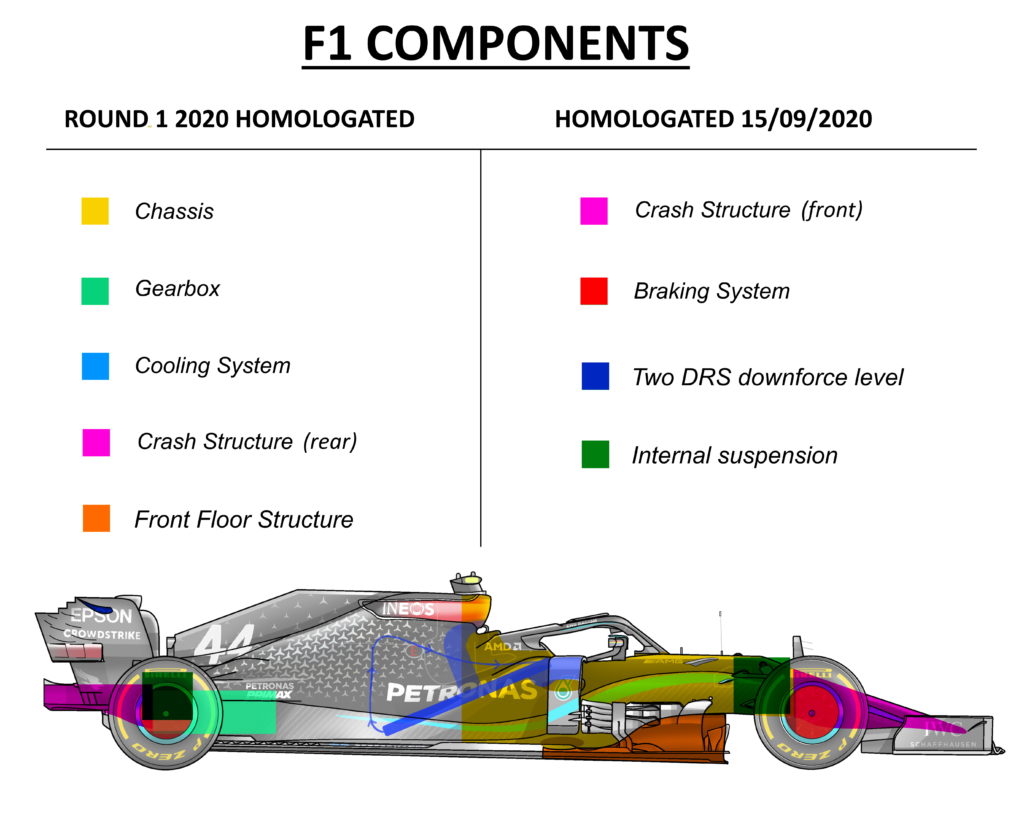 Customer teams such as Racing Point, AlphaTauri and Haas will be able to use components approved by the manufacturer teams in 2020 without having to use up their development tokens. Racing Point technical boss Andrew Green has already confirmed that the gearbox and rear suspension of Mercedes’ W11 will be present on its 2021 car.

The rear of the Mercedes W11 is intriguing due to the suspension triangles, where the Brackley-based team has adopted an innovative scheme: the lower triangle, in the faired arm, has an attachment in the rear crash structure, and not directly an anchor point in the gearbox. This is for purely aerodynamic purposes, and to recreate a sort of second diffuser, to increase the load at the rear. 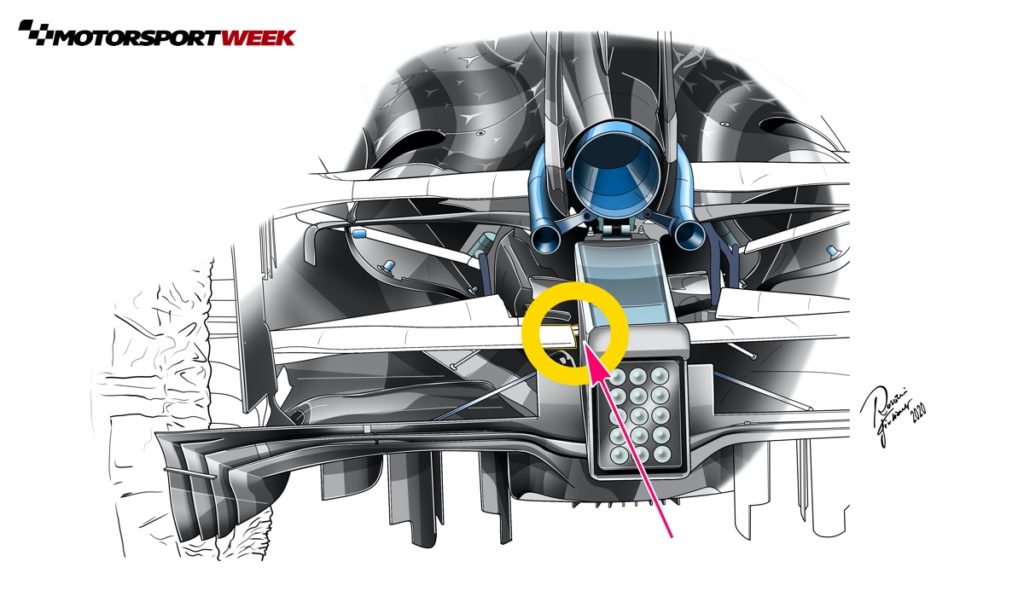 The same situation will most likely concern the AlphaTauri AT02, which will mount a rear suspension similar to that of the current Red Bull RB16 of 2020. However, the Haas is excluded from this context, since it already mounts the Ferrari gearbox on the VF20. SF1000. A separate discussion also concerns McLaren, which from next year, when it takes on Mercedes’ power unit, will have more freedom in the 2021 project in the rear.

The “copygate” saga concerning the Racing Point RP20, which ended with a penalty of 15 points in the constructors’ standings, as well as a €400,000 fine for Lawrence Stroll’s team, could therefore be repeated in 2021.

The RP20, currently third in the world championship, will therefore for the second consecutive season, run a single-seater “clone” of the Mercedes of the previous year. And it is precisely this factor that makes the rival teams turn up their noses, which had appealed to an intervention by the FIA.

Ferrari boss Mattia Binotto stated that 2020/21 regulation cannot provide for exceptions, and must guarantee fairness in the development and spending of tokens. Ferrari is already braced for another difficult campaign due to the restrictions on improving cars.

Racing Point arrived at the Tuscan Grand Prix last month with the first aerodynamic updates on the RP20, adapting them to the technical philosophy of the Mercedes W11. All this is quite logical as, precisely for regulatory continuity, the RP20 will follow the developments in view of 2021, in the wake of what is the “technical road” of the Mercedes W11.

The engineers at Racing Point have dug the upper part of the sidepod, following the shape of the radiant masses, forming a sort of aerodynamic slide to bring more air to the bottom and to the rear axle. This solution, which we observe in the drawing below, is of clear Mercedes descent, which has adopted, since the W10, a similar body in that area of ​​the car. 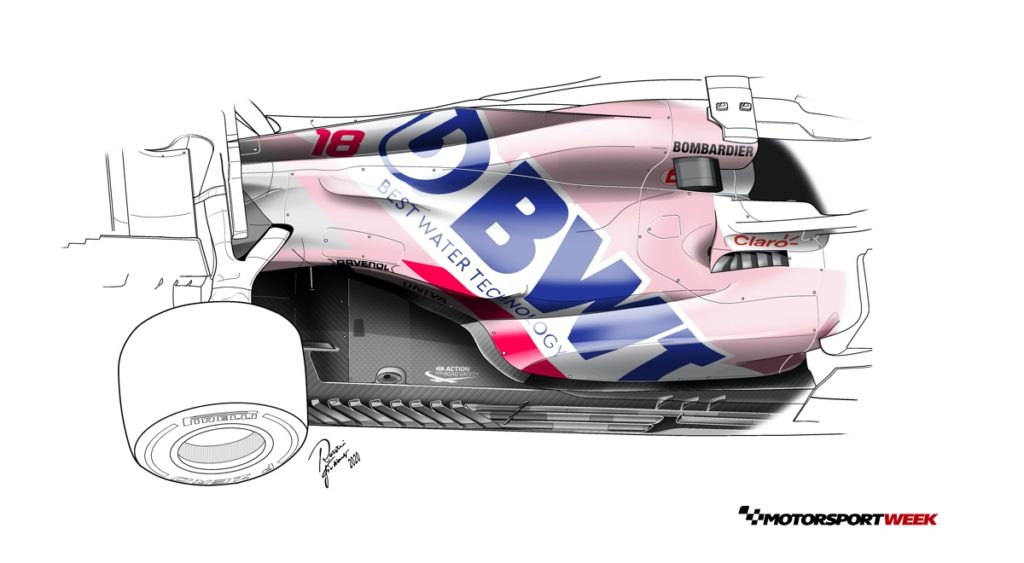 A 2021 is therefore still full of hot topics in the “technical regulation” field, above all because the new Aston Martin-Mercedes is preparing to be a single-seater with an advantage right from the start over its direct competitors Renault and McLaren.