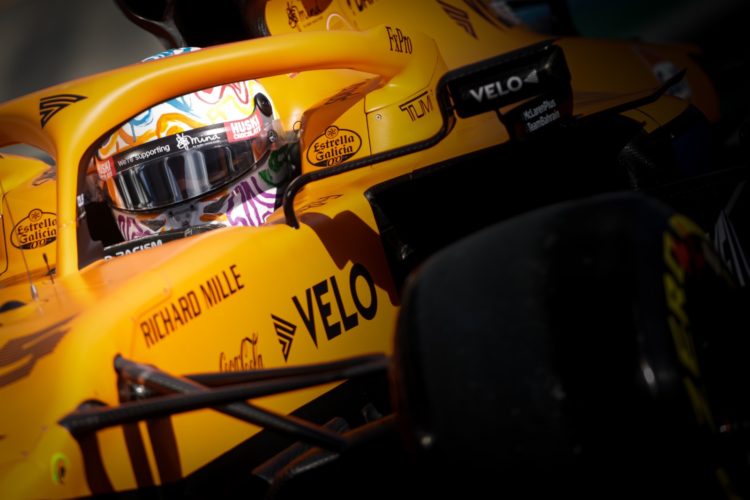 McLaren’s Carlos Sainz says his 2020 Formula 1 season has been “very strange” and that it is “annoying” to be outside the top 10 in the Drivers’ Championship.

Sainz finished last year sixth in the standings, as the top midfield driver, but holds only 11th two-thirds of the way into the 2020 campaign, despite future employer Ferrari slipping into the midfield.

Sainz was runner-up to Pierre Gasly at Monza but suffered successive retirements at Mugello and Sochi, failed to score at both Silverstone races, and was unable to start at Spa-Francorchamps due to a power unit issue.

“Well it’s annoying, you guys know how competitive I am and how I consider myself to be doing actually a decent year and a good year in F1 – if it wasn’t for the Russia mistake – I think I’m doing my best year in F1 to today and performing at a very high level,” said Sainz to a select group of media, including MotorsportWeek.com.

“I feel I’m on top of my game and somehow you look at the standings and I’m 11th in the championship.

“I know there’s a lot of things not going my way this year, it’s been a weird and very strange year for me.

“I’ve never had a chance to get the momentum and get consecutive results, in a short season, 17 races. It’s not over yet, there’s six races left, I’ll try and finish in a strong note.

“It is annoying yes, I find it particularly annoying, as I think I should have at least 30-40 points more than what I have.”

Sainz is 27 points behind fourth-placed Daniel Ricciardo but believes the gap is not surmountable across the remaining events.

“I am a bit far away,” said Sainz. “[The points are] a normal race win. Which for us when we are fighting for top sixes a race win is eight points so you could argue I am three races behind my direct competitors, two or three ‘race wins’ away from them.

“It doesn’t mean during the last races I don’t want to do well as I want to finish off on a high [with McLaren] and score a lot of points.”