McLaren to persist with upgraded nose despite recent struggles 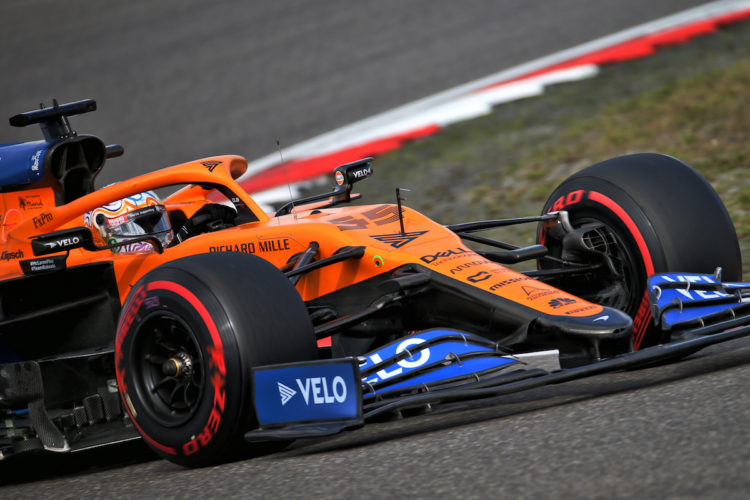 McLaren will continue to run its upgraded nose box concept at the Portuguese Grand Prix this weekend despite frustrations over the MCL35’s performance at recent races.

The new design, which has a similar shape to that of Mercedes and Renault, was first unveiled in practice at Mugello, before it was fitted to Lando Norris’ car for the entirety of the weekend in Russia.

Last time out at the Nurburgring the upgrades were used solely by Carlos Sainz but he was out-qualified by team-mate Lando Norris, and felt running the newer component cost him a shot at a podium finish.

Sainz outlined that there were “a couple of important weeks” ahead of the Woking-based team, as it evaluated if the poor performance was down to the design of the upgrades or due to very limited testing time, as Friday’s running at the Eifel Grand Prix was cancelled due to poor weather.

McLaren has now affirmed that the nose will still be on the car this weekend, along with the addition of further upgrades.

“As we prepare to head to Portugal, our focus since Germany has been on analysing and understanding the data we gathered at the Nürburgring so that we come to the right conclusions and find the best way to progress,” said Team Principal Andreas Seidl.

“Based on that analysis we will continue to use our new nose box aero concept combined with a known competitive car configuration.

“We will continue to bring more new upgrades to the car to test on Friday and also further explore and quantify our new aero concept.”

Sainz added that the team has “been working hard these past days with all the data gathered in the race [at the Nurburgring]” and hopes to “address the issues we faced coming into Portugal.”