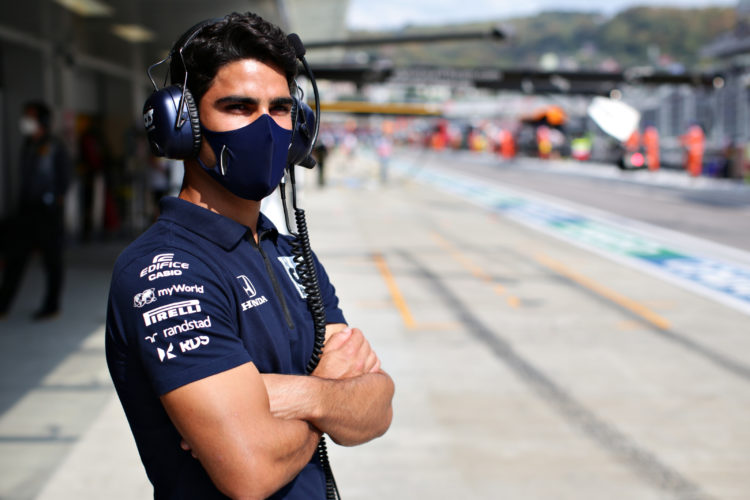 SOCHI, RUSSIA - SEPTEMBER 26: Sergio Sette Camara of Brazil and Scuderia AlphaTauri looks on in the Pitlane during final practice ahead of the F1 Grand Prix of Russia at Sochi Autodrom on September 26, 2020 in Sochi, Russia. (Photo by Peter Fox/Getty Images) // Getty Images / Red Bull Content Pool // SI202009260080 // Usage for editorial use only //

Red Bull’s Formula 1 reserve driver Sergio Sette Camara has been given clearance to make his Super Formula debut this weekend, but junior Juri Vips has again missed out.

Sette Camara signed for the Buzz Racing with B-Max team but did not participate in the opening two events owing to travel restrictions due to the coronavirus pandemic.

He has been in attendance at several Formula 1 grands prix through his role as reserve driver for Red Bull and AlphaTauri, a position he shares with Formula E racer Sebastien Buemi.

Sette Camara has already travelled to Japan in order to comply with border measures and will make his debut in the third round of the season at Sugo this weekend.

The Brazilian, fourth in Formula 2 last year, tested Formula 1 machinery with Toro Rosso in 2016, and sampled McLaren’s MCL34 in 2019 through his stint as its back-up driver.

Vips, who was due to compete for the Honda-linked Team Mugen this year, will miss a third straight event.

Team Mugen has confirmed that Ukyo Sasahara will once more compete for the team at the upcoming round.

Vips, who finished fourth in last year’s Formula 3 championship, has had bit-part campaigns in Formula 2 and the Formula Regional European Championship.