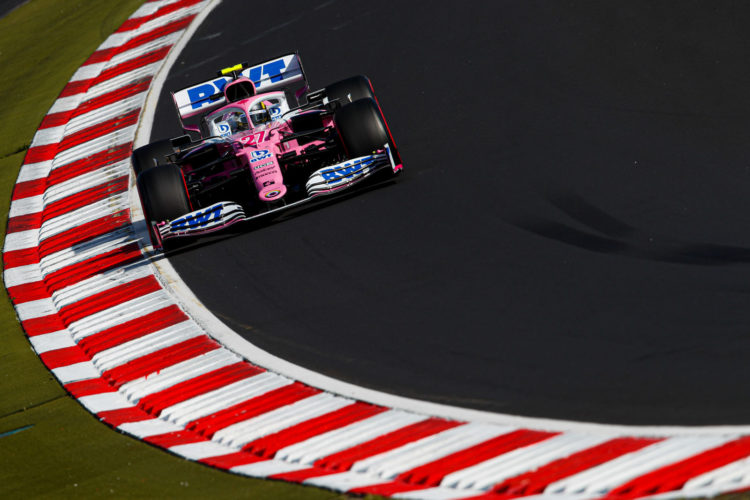 Hulkenberg re-joined his former team for the back-to-back events in Britain in August after regular racer Sergio Perez returned a positive Covid-19 test.

Hulkenberg returned to the squad last-minute at the Nürburgring as a replacement for the unwell Lance Stroll, giving him an opportunity to sample the revised RP20.

Hulkenberg qualified last, having not run in the new package prior to the start of Q1, but rose up the order to classify in eighth position.

“It’s interesting, his feedback,” said Green. “Some of the developments that we put on the car were as a direct result of his feedback in Silverstone.

“His feedback after the race was very intriguing. He mentioned things that he liked changed in the car, how we go about setting the car up and the feel from the car, and we made those changes after Silverstone, not expecting him to ever get back in the car again and drive it.

“But lo and behold it does happen, and we get the feedback about the developments that we made on the car. So that was really interesting and really important.

“The sort of changes we’re talking about, you can’t adjust to them in four laps, which is what he had to do on Saturday afternoon.

“He had four flying laps and for him to adjust to the changes we’ve made since Silverstone was going to by nigh on impossible. So he needed time with the car, which is what he didn’t have.

“But by the end of the race, he had plenty of time in the car and his feedback was invaluable, which was very good.”

Green went on to praise Hulkenberg’s performance through the course of the truncated weekend.

“He knew he had to just make sure he got the 107 per cent lap in on the Saturday afternoon to give him that opportunity on the Sunday afternoon,” he said.

“There was no point going out and binning it on his first timed lap on Saturday afternoon, then he would have been out.

“Another two more laps, he would’ve got out of Q1. Another four more laps, he might have got into Q3. But I think you have to give him a huge amount of credit for him to do the lap time he did in the amount of laps he had available to him.

“He did a great job, we knew he would, that’s why he’s always on the end of the phone for these sort of situations.

“We know him well, we know what he likes, what he doesn’t like. So we were instantly setting the car up around how we knew he would like it. But still, he needs time at the track, which is what he was missing.”