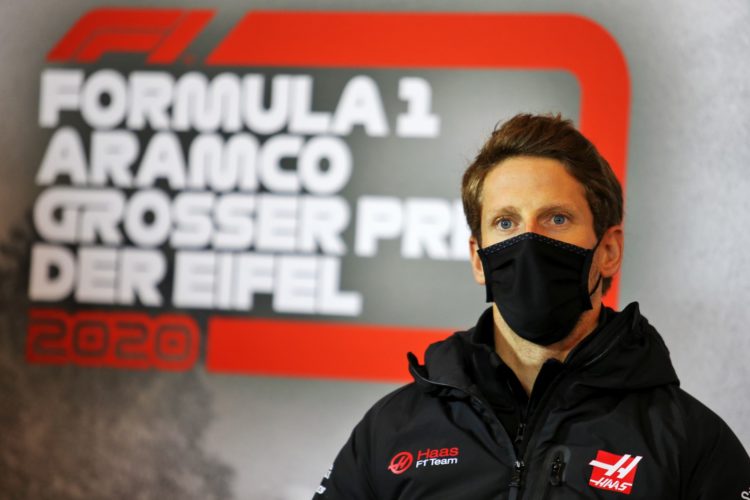 Haas boss Guenther Steiner says Romain Grosjean’s first points result in over a year will not influence the team’s decision on its 2021 driver line-up.

Haas is understood to be evaluating an overhaul of the driver pairing that it has run since 2017, when Kevin Magnussen replaced Esteban Gutierrez to join team stalwart Grosjean.

Sergio Perez and Nico Hulkenberg are the highest-profile free agents, with Perez believed to be a front-runner, while Ferrari’s juniors have also been linked to the team.

Ferrari-backed Callum Ilott was due to contest FP1 for the team at the Nürburgring but inclement weather conditions forced the abandonment of Friday’s running.

It has also been indicated that Formula 2 race winner Nikita Mazepin, who has sizeable funding, is in contention for a 2021 seat.

Grosjean finished the Eifel Grand Prix in ninth position to earn his first top 10 result since Formula 1’s previous visit to Germany, which was at Hockenheim, in July 2019.

But Steiner dismissed notions that Grosjean’s display could influence the 2021 decision.

“I don’t think so, we cannot be this emotional that we can go from race to race and decide on and off,” said Steiner.

“That needs to be a decision for the long-term, not for the short-term, and I don’t fall into that trap.

“I stay very stable on that one, to evaluate what I’ve always said we want to evaluate, which is how we think the team can perform best with which drivers in the next two, three or four years.”

Steiner also outlined that a decision on Haas’ 2021 driver pairing is not expected in the short-term.