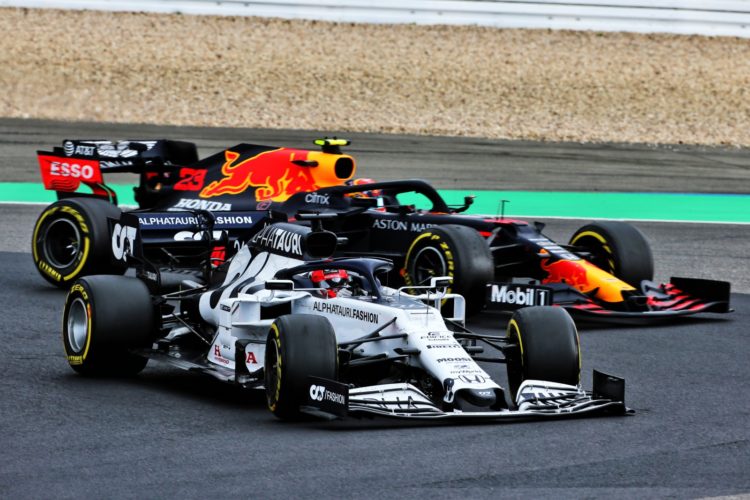 Kvyat locked up into the chicane after the Virtual Safety Car restart at the Nürburgring, allowing Albon a run, but the Red Bull driver chopped across the front of Kvyat’s car.

Kvyat lost his front wing in the incident and had to complete a full lap before pitting for repairs.

Stewards deemed Albon culpable for the clash and issued a five-second time penalty, along with two penalty points, though he later retired due to a power unit issue.

Kvyat went on to finish as the last of the classified 15 drivers.

“Well I didn’t understand his manoeuvre really, why, what was his doing,” said Kvyat.

“I think it was quite unprofessional of him and very poor judgment, I wouldn’t expect that from a driver of his level, who has been racing for so long.

“The race was pretty much ruined from then on, I had to do the whole lap very slow with the damaged front wing, it went under the floor, damaged my whole floor, the brake cooling.

“The race from there was a real struggle because the car was massively down on downforce and I was just really hoping for rain or something really strange to happen.”

The incident brought Kvyat’s run of points to an end after he scored top 10 results at Monza, Mugello and on home turf at Sochi.