Perez: Podium was mine before Safety Car intervention 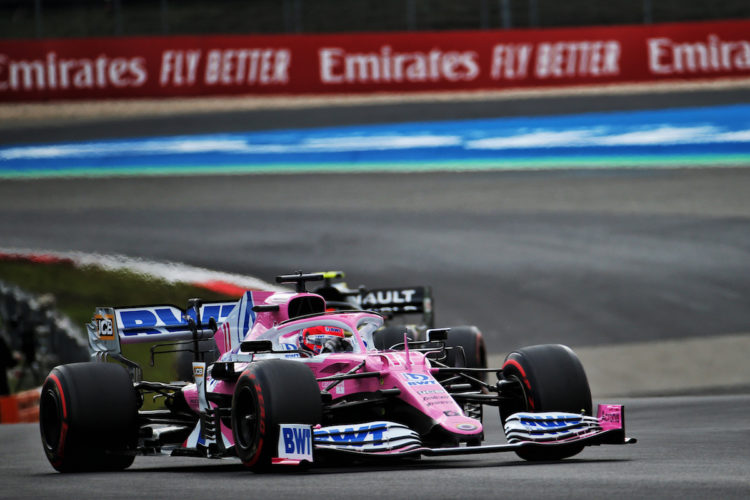 Racing Point’s Sergio Perez believes he was on for a podium result at the Eifel Grand Prix before the late-race deployment of a Safety Car.

After McLaren’s Lando Norris came to a halt on the side of the Nurburgring circuit, Race Control opted to bunch the pack up and neutralise the race with a Safety Car.

Prior to the call, Perez was catching Renault’s Daniel Ricciardo for third on fresher tyres, having extended his opening stint deep into the race.

Despite challenging Ricciardo at the Safety Car restart, Perez was forced to settle for fourth as Ricciardo held onto third after pitting for fresh tyres under the Safety Car.

“We managed the first stint well, we went really long,” Perez said of his race. “I think that made our race again.

“I think without a Safety Car, the podium was going to be ours. We were catching Daniel very fast, he was going to struggle at some point with his tyres but then the Safety Car came.

Perez commended the drive of subbed-in team-mate Nico Hulkenberg, whose eighth-place finish, along with Perez’s fourth, sees Racing Point move into third in the Constructors’ Championship.

“I think it’s a great result for the team, Nico has done a hell of a job, putting some good points for the team [on the board],” Perez stated.

“I think the car was performing well and we read very well the conditions today.”

Perez initially stayed out on the track when the Safety Car was called, which promoted him into third place ahead of Ricciardo.

However the Mexican revealed that further discussions with the team saw it choose to bring him in, as he would be very vulnerable to rivals behind in the closing laps.

“We actually stayed out, but I asked the team again: ‘Are we sure about this?’,” Perez said.

“Because we’ve done that in a couple of races and it didn’t work and here being so cold, it was going to be very difficult restarting the tyres.

“So we boxed and ended up in the same position so I think that was a good call from the team.”