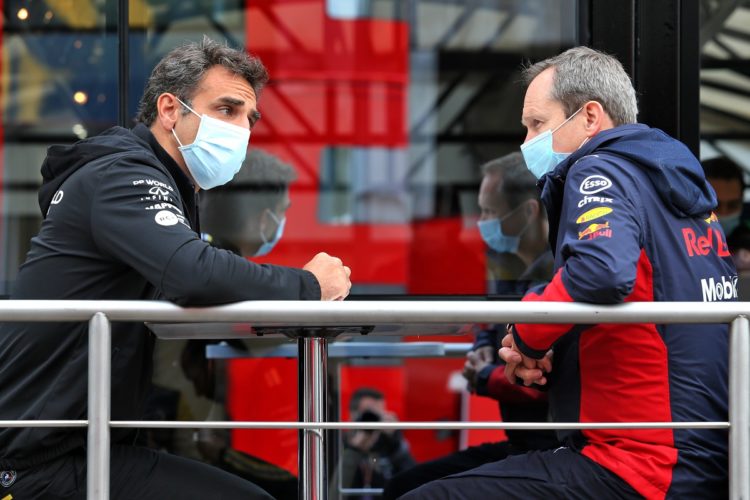 Red Bull will have multiple options on how it proceeds with its power unit situation beyond the 2021 season, believes Renault’s Managing Director Cyril Abiteboul, suggesting a reunion is not on the cards.

Honda confirmed last week that it would depart Formula 1 at the end of 2021, leaving Red Bull and its sister team AlphaTauri without an engine supplier.

Should the energy drink-backed squad fail to formulate a deal, FIA regulations stipulate that the manufacturer who supplies the least number of teams, which is currently Renault, will provide the power units.

Mercedes confirmed on Friday that it was not open to endowing Red Bull, while Renault, who powered Red Bull from 2007 to 2018, imagines a reunion between the two is not Red Bull’s primary course of action.

“I can confirm that I have not been contacted by Red Bull in relation to an engine supply,” Abiteboul said. “More seriously I don’t think it is a question of whether we are open or not open.

“We know the regulation, when you are a participant to the sport you have to accept the rules, it’s part of the Sporting Regulations, we know what that is.

“We know the details, in terms of timing, there is still quite a bit of time before we get there.

“I can’t imagine that they don’t have a Plan A or Plan B and I think we are very far in the pecking order of the alphabet before they call us again.”

Ferrari team principal Mattia Binotto also spoke of the situation on Friday, admitting his team is currently “not considering” a deal, but didn’t rule out a change in the situation going forward.