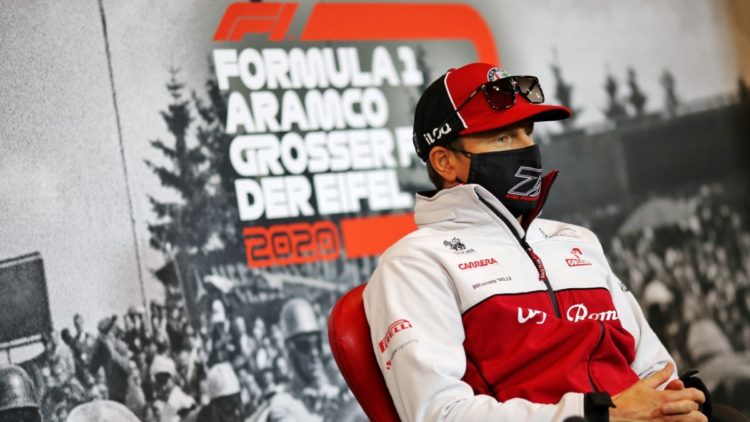 Kimi Raikkonen has reiterated that he has yet to put pen to paper on a 2021 Alfa Romeo deal and says his options remain open.

Rumours circulated on Thursday the Finn would be signing an extension to his current contract with the Hinwil-based outfit to continue for a 19th season.

Raikkonen will surpass Rubens Barrichello’s record of 322 race appearances at this weekend’s Eifel Grand Prix, which is being held at the Nurburgring.

Two weeks ago at the Russian Grand Prix, Raikkonen had already attempted to put rumours to bed over any potential speculation on a new contract.

The soon-to-be 41-year old is firm favourite to retain the seat at Alfa Romeo but it is understood the team has sounded out Nico Hulkenberg and Sergio Perez in the event of Raikkonen opting to leave.

Due to the close ties with Ferrari, the Italian outfit does have a say over one of the seats at the team and is currently evaluating whether to retain Antonio Giovinazzi or promote Ferrari Academy junior and Formula 2 points leader Mick Schumacher.

It is believed the team will wait until it has decided upon its second driver before announcing its finalised 2021 pairing.

“If you believe the news then it’s the truth but I’ve never had an option in my contract [to continue] so maybe that tells you that it’s not true,” said Raikkonen.

“I read so many things in the news over the years that I stopped reading them because 90 per cent is far from the truth and 10 per cent is something to do with it.

“I haven’t signed anything. I didn’t sign last week or a month ago, or yesterday or today, so we will see.”

Schumacher will be taking in part in the opening practice session of the Eifel Grand Prix in place of Giovinazzi.