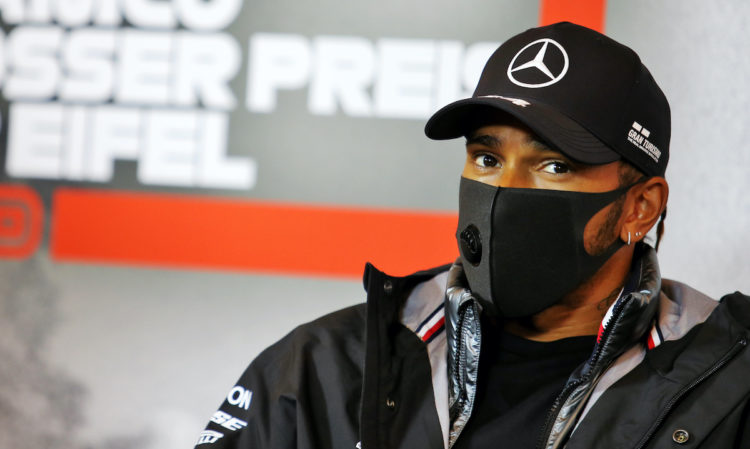 Lewis Hamilton says he can’t support the construction of a new motorsport circuit in Rio de Janeiro, when it involves tearing down a large number of mature trees.

Formula 1 is planning on racing in Brazil’s second largest city as a replacement for Interlagos, with that deal due to expire at the end of the 2020 season – although it may get a one-year extension to make up for the loss of this year’s event.

The government backs relocating the Brazilian Grand Prix to Rio, with a new purpose built facility at Deodoro, a disused military base.

However the proposals face a backlash from environmentalists as it would involve the felling of more than 70,000 trees. Although race promoters plan to replant them, reigning F1 champion Hamilton has added his voice to those against the plans.

“My personal opinion is that the world doesn’t need a new circuit,” Hamilton said ahead of this weekend’s Eifel GP.

“I think there’s plenty of circuits in the world that are great. I love Interlagos. I have been to Rio, and it’s a beautiful, beautiful place.

“I don’t know all the details of it. I heard that it’s potentially going to be sustainable.

“But the most sustainable thing you can do is not tear down any trees, particularly in a time where we’re fighting a pandemic, and there continues to be a global crisis around the world.

“I don’t think with deforestation and everything, I don’t think it’s a smart move. I don’t have the details of why, but it’s not something I personally support.”

It’s claimed that the race promoter, which has already agreed a deal with F1, will plant 10x the amount of trees (700,000) it fells for the construction of the circuit.