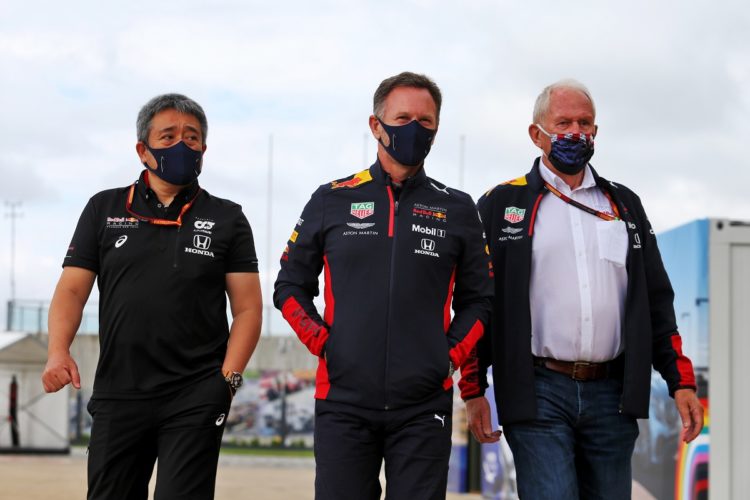 Honda’s F1 managing director Masashi Yamamoto has confirmed the Japanese manufacturer is willing to assist Red Bull following its departure from the sport after 2021.

Honda only re-joined the sport in 2015 and has enjoyed success with the energy drink-backed teams after a tumultuous handful of seasons with McLaren.

With only three engine manufacturers remaining on the grid post-2021, it appears Red Bull’s most likely path from those options is a return to Renault, who it parted ways with at the end of 2018 for Honda.

However, it may not be the only alternative for Red Bull and its F1 programme, as Honda has uttered it may not back out from the sport in complete fashion at the end of next year.

In a conversation with The Race, Yamamoto asserts that Honda is open to helping Red Bull at the end of the 2021 with its engines, should the team develop it themselves or with another partner.

“Honda is happy to talk to them if they need us in any way, not only about the power unit but about other things as well,” he said.

“To support AlphaTauri and Red Bull for their programme after 2021 in any way, we’re happy to cooperate.

“As Honda we had so many things from the teams, so we want to give it back somehow in a nice way for the future.”

In 2019, Honda secured its first podium and victory of the turbo hybrid era, with Max Verstappen taking three race wins for Red Bull.

Honda has also taken a further two race victories in 2020, one each with Red Bull and AlphaTauri.

A Championship challenge has failed to materialise in Honda’s years as a modern-era power unit supplier, however it has been the second most successful engine manufacturer over the last 18 months, behind the dominant Mercedes outfit.

The growth from its 2015 mediocrity has restored Honda’s reputation somewhat, leading to questions as to whether its decision to exit F1 comes while its name is in a good place.

However, perhaps there is little coincidence that its departure comes right before the new technical regulations come into effect, in which there is hope among many that the grid order will be shaken up.

But while its exit will come in just over 12 months’ time, Yamamoto affirms that Honda is still aiming to bow out with a World Championship to its name.

“We still have seven more races to go this year first and we have various things we like to try for next year as well,” he said.

“Next year we will try to fight for the championship and have a good ending to our story.

“For next year, we will not reduce any people from our project. We are going to develop more.

“And we will make the biggest effort in order to win as much as possible. We will just keep pushing till the end.”