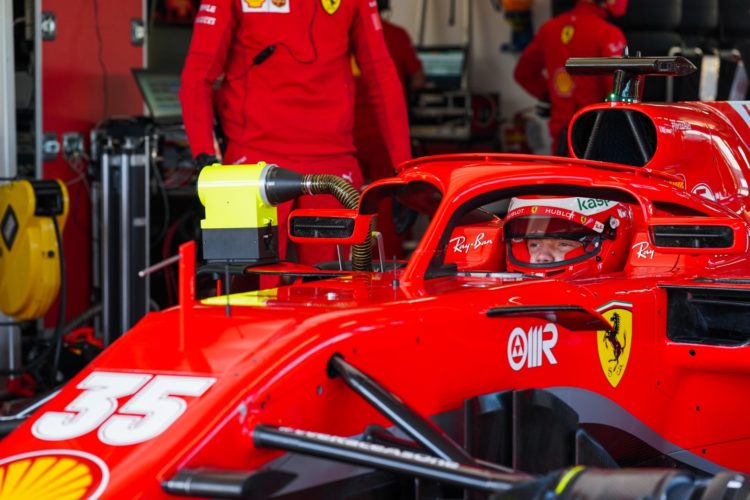 Robert Shwartzman said he “enjoyed every single moment” after getting his first taste of Formula 1 machinery with Ferrari at Fiorano on Wednesday.

The trio took turns to pilot Ferrari’s 2018 car, the SF71H, which won six races and finished second in the standings in the hands of Sebastian Vettel and Kimi Raikkonen.

Schumacher and Ilott had prior experience of Formula 1 cars after participating in in-season testing in 2019 but it marked the first outing for Shwartzman.

“The first laps especially were very impressive, the speed of the car was just out of the league, I never drove something quick like that,” said Shwartzman, who is fifth in this year’s Formula 2 standings with three wins. “I was enjoying every single moment.”

Shwartzman added that it took some time to adapt to the overall speed of the car.

“It was impressive, the speed you can carry into the corner, it was just incredible,” said Shwartzman.

“I never drove a car that can do that kind of thing where you think ‘ah I need to brake’ and actually you can go flat out.

“The braking of the car is just on another league, I was braking so late, I was like ‘I’m not going to make the corner, I’m going to spin or go straight’ and it actually stopped in a few seconds, you turn in and it’s done.

“It’s impressive, and obviously there are more G [Forces] in the car so the body was like ‘ah that’s quite quick, that’s like I’m flying in the seat from side to side’, it was impressive, it was really cool.”

Shwartzman is set to make his grand prix weekend debut at the season-ending Abu Dhabi round.