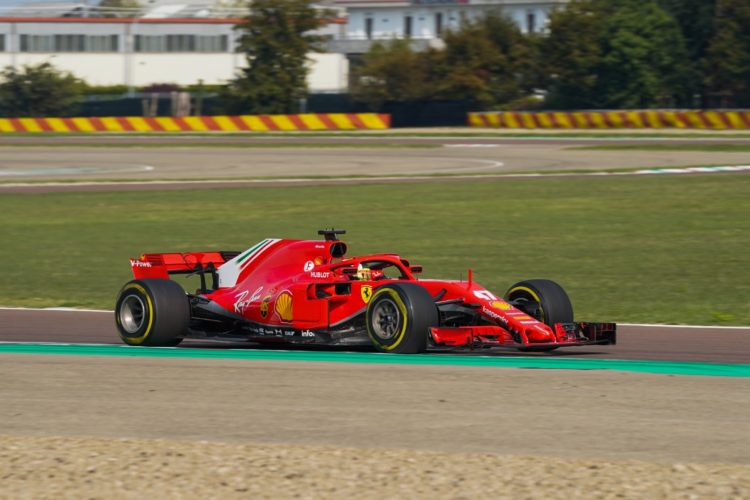 Ferrari’s leading three junior drivers all got behind the wheel of the Formula 1 team’s 2018 car, the SF71H, during a private test day at Fiorano on Wednesday.

Robert Shwartzman, Callum Ilott and Mick Schumacher took turns to drive the SF71H, the specification of car which claimed six wins and the runner-up spot in 2018, at Ferrari’s test track in Italy.

It marked the first outing in Formula 1 machinery for last year’s Formula 3 champion Shwartzman, currently fifth in the Formula 2 standings, ahead of his FP1 debut in Abu Dhabi in December.

Schumacher and Ilott, first and second in the Formula 2 standings, both had prior experience in Formula 1 machinery after their respective test outings in 2019.

The duo will make their FP1 bows at the Eifel Grand Prix next Friday, with Schumacher set to replace Antonio Giovinazzi at Alfa Romeo, and Ilott poised to stand in for Romain Grosjean at Haas.

It is understood that both are in contention to step up full-time to those respective teams in 2021.

“On the technical front I’m happy with the way Mick, Callum and Robert quickly got used to the SF71H,” said FDA chief Marco Matassa.

“For two of them this wasn’t their first time in a Formula 1 car, but even so it’s not easy to switch from the driving style demanded from a Formula 2 car to one best suited to Formula 1.

“The car has much more power, a significantly more sophisticated braking system and power steering that requires sensitivity and precision to use properly.

“However, they were all quick and immediately began running at a good pace. I believe the laps they did today will be very useful when Mick and Callum run on Friday at the Nürburgring.”