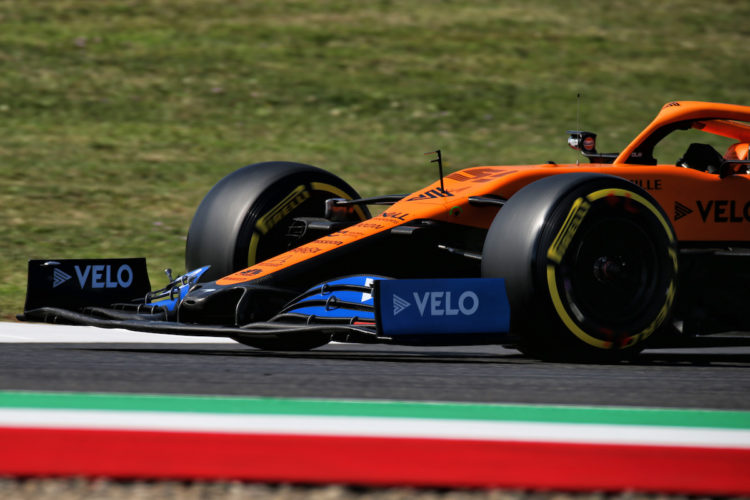 McLaren Team Principal Andreas Seidl has confirmed the Woking-based squad will continue with its new nose design after seeing positives from its performance in recent weeks.

The nose, which takes inspiration from the concepts of Mercedes and Renault, first appeared at Mugello on Carlos Sainz’s car, before Lando Norris used it for the entirety of the Russian Grand Prix weekend.

With mid-season homologation fast approaching, in which key development areas will be frozen from 2020 to 2021, except for when teams opt to spend ‘tokens’, McLaren was keen to explore the strength of its new upgrade.

The nose, which is part of a wider range of planned upgrades, has satisfied McLaren, leaving the team happy to commit to the planned development path.

“With the mid-season homologation date coming up we wanted to gain experience with it as quickly as possible,” Seidl said.

“That’s why we decided to actually test it step by step as soon as we had certain parts of this package available.

“So the target is clear, the development direction we have seen in the wind tunnel with this different nosebox concept is something we believe is the right direction for the future, giving us more potential in terms of unlocking more potential and performance in the car.

“That’s the direction we’re heading to. The plan now is to gradually bring step by step more parts of this package to the track with the clear goal to unlock more performance.”

McLaren currently sits third in the Constructors’ Standings, but is just two points in front of Racing Point after scoring zero points at Sochi last weekend.

Renault is also close behind in the Championship battle for third, lingering just seven points behind McLaren.