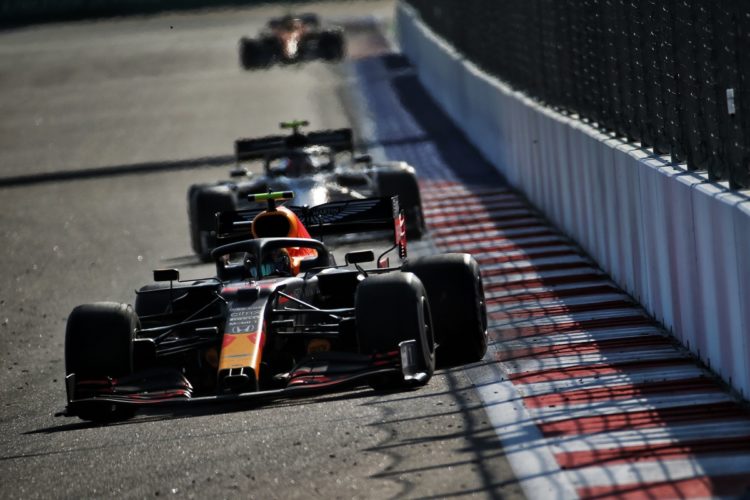 Red Bull Team Principal Christian Horner believes Alexander Albon’s struggles behind the wheel of the RB16 were “accentuated” by the layout of the Sochi Autodrom.

Albon qualified only 10th, 1.2 seconds and eight positions behind Max Verstappen, but was shuffled back to 15th on the starting grid after he was fitted with a new gearbox outside parc ferme regulations.

Speaking after the race, Albon expressed his disappointment, stating he was “in traffic the whole time” and “couldn’t get any clean air” to make progress.

Horner also suggested that the nature of the Sochi Autodrom, which features several heavy braking zones and 90-degree turns, worsened the situation for Albon.

“I think that Alex is particularly sensitive to some of the characteristics of the car,” Horner said.

“He’s struggling with that and they’re accentuated at this type of circuit with short corners and big braking zones.

“Obviously there’s plenty to look at for him. In the second half of the race he recovered reasonably well but obviously it has been a tough weekend for him.

“So it is a shame after the podium two weeks ago that this one has probably been one of the hardest of the year for him.”

Horner added that Red Bull has made progress with understanding some of the car’s problems and is hopeful that the upcoming races will see an improvement on Albon’s side of the garage.

“I think we’ve understood some of the issues that we’ve got with the car and obviously are working hard to address those,” Horner said.

“Hopefully in the remaining races we should be able to I hope take steps that will improve the car in that area.”