‘What had Eddie been drinking’ when he made Hamilton comments – Horner 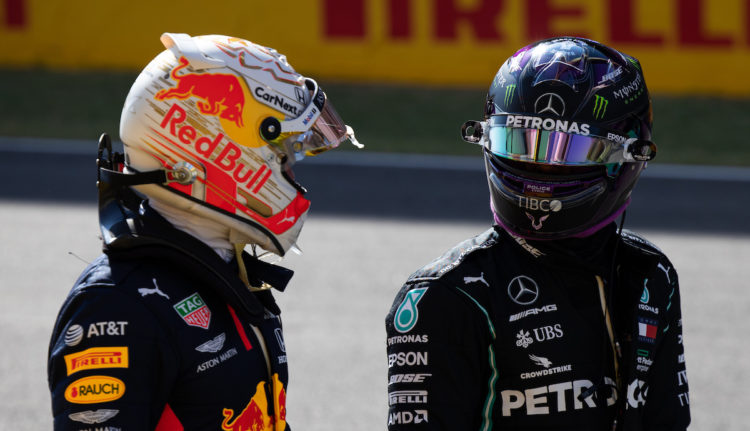 Former F1 team boss Jordan, who often makes bold predictions – many of which have proven accurate – claimed Hamilton could join Red Bull next season to partner Verstappen, which is why Hamilton has been silent on any new Mercedes deal.

The comments were met with bemusement from team boss Horner though: “I wondered what Eddie had been drinking,” replied the Briton when asked to comment on the speculation.

Horner did however admit it would be a popular move, adding: “Look, from a fan’s perspective he’s absolutely right, but I’ve not heard from Lewis recently, so I can only imagine he’s staying where he is.

“I think everyone wants to see Verstappen and Hamilton go head-to-head and hopefully we can give Max the tools to do that, certainly in the remaining races of this year but very much so next year and the year after.”

The team looks set to retain the services of Alexander Albon for ’21 and Horner hopes the Anglo-Thai racer can now build on his maiden F1 podium, which lifted a weight from his shoulders after coming so close at previous events.

“He [Albon] only feels vulnerable because you guys keep telling him every week that we should put someone else in the car,” said Horner.

“I think it was really good for him to get that result. He came close in Brazil last year, he could have won the opening race in Austria, and obviously got turned out of that race, so to get that first podium… and he had to do it the hard way.

“You can already see him walking a little bit taller. That confidence that it will give him, hopefully he’ll build on that.

“He has got the full support of all the team. I think the team is doing a good job with him. His race engineer is extracting more from him and that confidence is growing.”