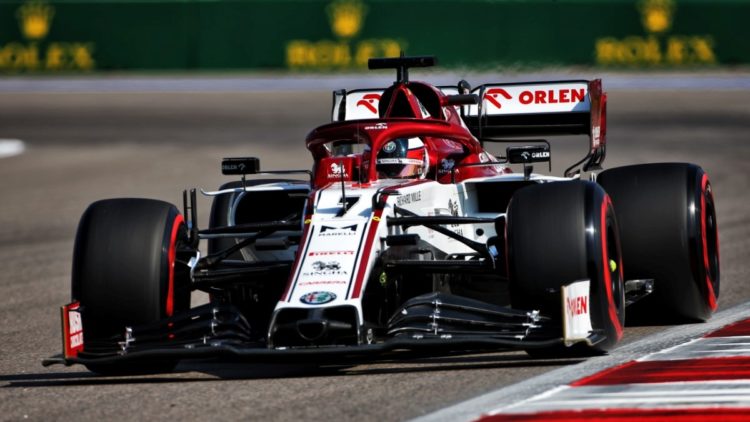 Alfa Romeo’s Kimi Raikkonen has dismissed rumours that he has signed a deal to stay at the Formula 1 outfit into the 2021 season.

The Formula 1 stalwart is currently in the final season of his two-year deal with the Hinwil-based outfit after moving from Ferrari at the end of the 2018 campaign.

Swiss media reported that the 40-year-old had put pen to paper on a 2021 extension.

When asked if he had signed a deal for 2021, Raikkonen swiftly replied: “No, I haven’t signed a single contract.”

The 2007 World Champion has endured a difficult 2020 campaign and suffered further issues during qualifying for the Russian Grand Prix.

Raikkonen, who made Q2 at three of the last four events, was slowest after he spun througn Turn 2 on his final push lap.

“I struggled already at the start of the lap, locked the front a bit, went over the kerb and spun,” added the Finn.

“I spun and that’s it. I knew at the point I locked the wheel that it was all done, so I just spun. And if you don’t put a lap together, this is the end result.

“I had been reasonably happy with the car and I think we would have been faster going into qualifying. But, obviously, if I don’t put the lap together, this is what happens.”