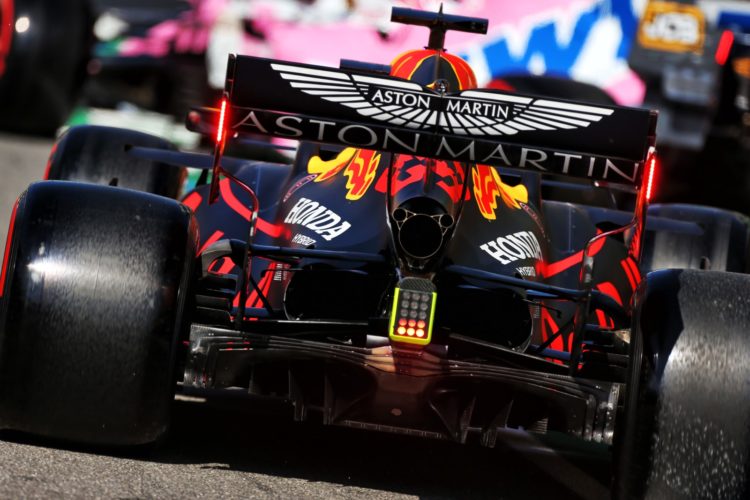 Honda has revealed that “several factors” led to Max Verstappen’s loss of power at Formula 1’s Tuscan Grand Prix, and that countermeasures have been installed.

Verstappen, who retired from the Italian Grand Prix due to an engine issue, suffered a problem prior to the start of the race at Mugello, prompting Red Bull and Honda technicians to tend to his car on the grid.

After an initially strong launch off the grid Verstappen was swallowed up by the pack on the run to Turn 1 as he encountered a lack of straight-line speed.

He was then involved in a collision at Turn 2 that resulted in his retirement from the race.

“Using the time since Mugello, our priority has been to carefully analyse the reason for Max’s retirement in that race,” said Honda’s Technical Director Toyoharu Tanabe.

“Our investigation revealed that several factors caused the problem.

“We have been able to apply countermeasures to deal with each of these, with the aim of ensuring the fault does not happen again.”

Honda, which has two victories this season courtesy of successes for Verstappen at Silverstone and AlphaTauri’s Pierre Gasly at Monza, has never won at Sochi, venue for this weekend’s Russian Grand Prix.

“It has some street circuit characteristics, such as several 90 degree turns, but it also has two quite long straights.

“As usual we will spend free practice optimising PU performance for qualifying and the race and look forward to a trouble-free weekend with all four cars.”