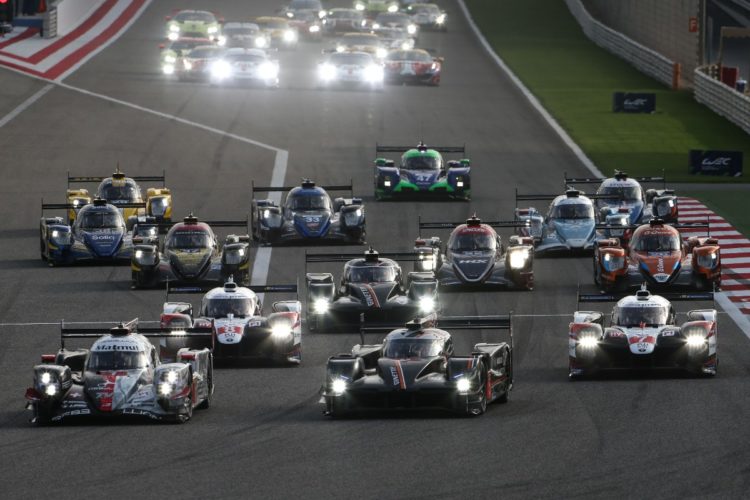 The FIA World Endurance Championship has unveiled the provisional calendar for the 2021 season, featuring six rounds and reverting back to a traditional calendar.

Series CEO Gerard Neveu revealed the provisional calendar during press conference ahead of the 24 Hours of Le Mans.

The championship kicks off with the 1000 Miles of Sebring on March 19, which is preceded by a pre-season test on March 13-14.

This is followed by the dress rehearsal for Le Mans with the Six Hours of Spa-Francorchamps on May 1, with the 24 Hours of Le Mans taking place on June 12-13.

The fourth round of the championship is held in Italy with the Six Hours of Monza, followed by flyaway races in Asia and the Middle East.

The Six Hours of Fuji will take place on September 26, with the season finale once again set in Bahrain on November 2020.

“Six events make up the 2021 season of the FIA World Endurance Championship. To welcome our new top category in endurance racing we needed a calendar that sets the tempo and benchmarks for these new machines,” said Pierre Fillon, President of the Automobile Club de l’Ouest (ACO). “Despite the current difficult circumstances, which may bring with it certain consequences for our championship events, and certain economic constraints, it is clear that this ninth season of the FIA World Endurance Championship is more than promising, both for its competitors and for the circuits involved.”

“The fact that on the day of the 2020 24 Hours of Le Mans, the next year’s FIA World Endurance Championship is being announced is very satisfying,” added Richard Mille, President of the FIA Endurance Commission.” I must admit that the promoter has done an incredible job and the six-round schedule is an optimal solution in the current economic climate.

“A compact calendar will be a more cost-effective exercise for the teams compared with the usual, eight-round season, at the same time retaining the iconic races across different continents that give the FIA WEC its unique character.

Furthermore, against all odds, the championship is going forward with the addition of another exciting venue. I’m very much looking forward to next year and today’s announcement is the first indication of a successful 2021 season for FIA WEC.”