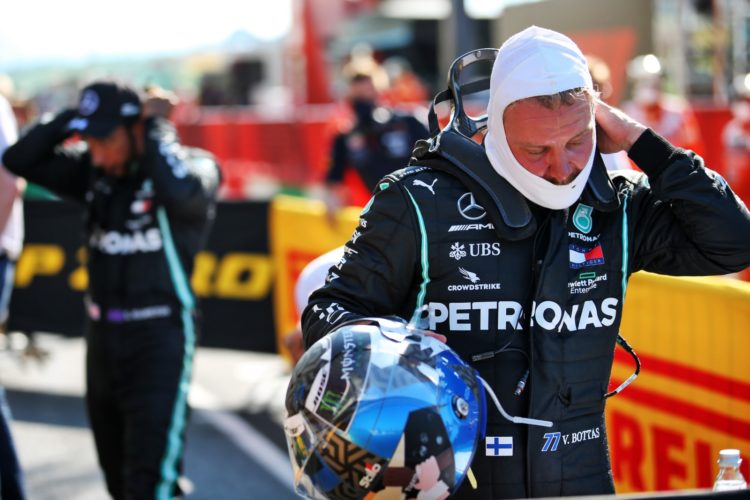 Bottas fronted all three practice sessions at Mugello and was embroiled in a close battle with team-mate Lewis Hamilton during qualifying.

Hamilton led the way through the first Q3 runs by 0.059s but then failed to improve on his second push lap.

However Bottas, running behind on track, had to abort his second push lap when Ocon spun through Turn 3, bringing out the double waved yellow flags.

“I still had more time in there and I was just waiting to get it all right,” said Bottas.

“Run one was OK, but not perfect, so I was looking forward to it.

“I just didn’t get the opportunity and for sure it’s disappointing, because the speed has been good all weekend.

“I felt there was still something to be found and I was confident of myself but there was no chance with the double yellow in the second runs.

“In the end I should have been stronger first run, his first run was better than mine, so that’s it.”