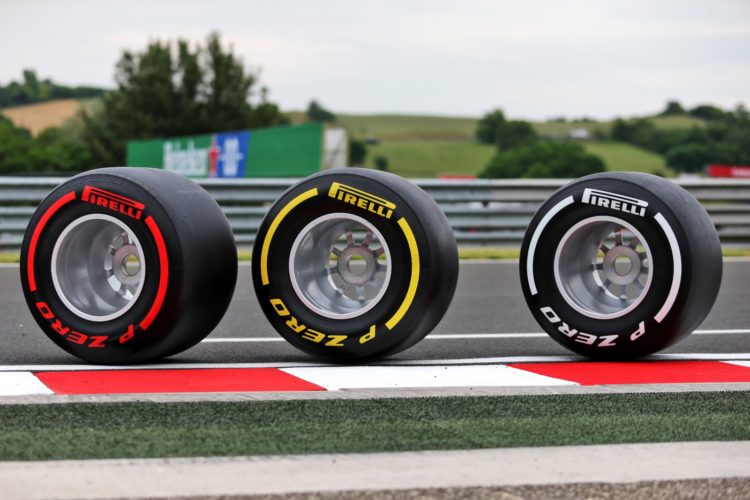 Formula 1’s sole tyre supplier Pirelli has revealed the compounds that it has nominated for the remainder of the 2020 grands prix.

Pirelli nominates three compounds per weekend from its dry-weather range of five compounds, ranging from C1 (hardest) to C5 (softest).

The tyres are then labelled Soft, Medium and Hard for the duration of the weekend.

In the event of a dry-weather grand prix either the Medium or Hard tyre must be run for one stint of the race.

Pirelli will also continue to mandate the number of compounds available for each driver for the remainder of the season.

In previous years drivers had 13 sets of tyres available for the weekend and had free choice of nominated compounds for 10 of the sets.

But amid the Covid-19 pandemic Pirelli has brought the same allocation for each driver: eight Softs, three Mediums and two Hards.

This trend will continue albeit with minor modifications for grands prix in Italy, Portugal and Turkey.

Due to the revised two-day format at Imola only 10 sets of tyres will be available and Pirelli has thus mandated six Softs, two Mediums and two Hards.

Due to the severity of circuits in Portugal and Turkey Pirelli will remove one set of Softs from the usual allocation of eight and instead replace them with Hards.

Portugal and Turkey will be the only of the final grands prix to feature the C1s, C2s and C3s, with the bulk – Nurburgring, Imola and both Bahrain events – running on C2s, C3s and C4s.

The C5s will be used for only the second time this year at the season-ending Abu Dhabi Grand Prix at the Yas Marina Circuit, with Pirelli nominating its three softest compounds.

The compound, typically only used at low severity tracks, will make its 2020 debut later this month in Russia.

“With the 2020 calendar now complete for this highly unusual covid-disrupted season, which features a number of new venues, we’re pleased to announce the tyre nominations up to the end of the year,” said Pirelli chief Mario Isola.

“Where the circuits are new, we’ve relied on information about the asphalt and data from other championships plus computer simulations from teams to identify the most appropriate selection.”