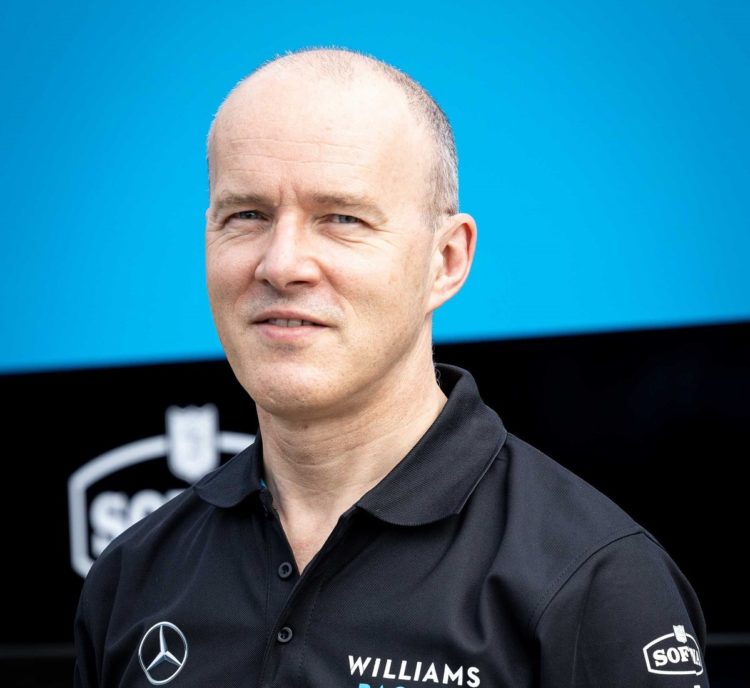 Williams has announced that Simon Roberts will become its Acting Team Principal following the resignation of the Williams family last weekend.

Roberts has been appointed to the role as a short-term option, having joined Williams earlier this year as its Managing Director, overlooking the Technical, Operations and Planning departments of the team.

Prior to his role at Williams, Roberts worked for McLaren, most recently as its Chief Operations Officer.

“I am delighted to be announced as Acting Team Principal for Williams during this transitional period,” Roberts said.

“It is an exciting time ahead for the team, a new era for Williams and one that I am excited to be playing a part in. I look forward to the challenge ahead as we look to take the team back to the front of the grid.”

As well as the Williams family stepping away from the team, Williams CEO Mike O’Driscoll iterated his intention to retire following the sale to Dorlinton Capital.

New members of the Williams board of directors were confirmed last weekend, which included James Matthews, the brother-in-law of Prince William, Duke of Cambridge.

Williams has endured a difficult number of seasons, competing at the rear of the F1 grid. Although it hasn’t yet scored points in 2020, it has advanced out of the Q1 qualifying drop zone on multiple occasions – something the Grove-based team failed to achieve throughout 2019.

After eight races completed in 2020, it sits bottom of the Constructors’ Championship.