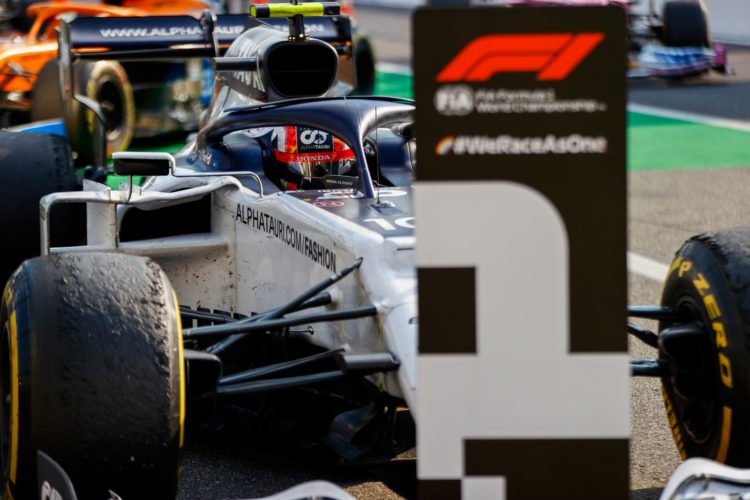 Pierre Gasly’s shock victory at the Italian Grand Prix means Honda is the only engine marque to have powered two different teams to victory in Formula 1’s hybrid era.

Formula 1 introduced overhauled engine regulations prior to the 2014 campaign, since when only Mercedes, Ferrari and Red Bull Racing have taken victories.

Mercedes and Ferrari have been supplied by their own factory power units while Red Bull used Renault engines until 2018, when it switched to Honda.

Honda returned to Formula 1 in 2015, a year into the new regulatory cycle, but struggled initially with McLaren, and revised its concept for 2017, which brought more short-term strife.

Honda split from McLaren and linked up with Toro Rosso for 2018 and then won races in 2019 during its first campaign powering Red Bull.

Gasly claimed a surprise win at Monza on Sunday, taking AlphaTauri’s first victory under its new guise, and the first since the team linked up with Honda.

It was also the 50th race for the partnership since its formation at the start of 2018.

“When teams and power unit manufacturers work together, it always takes some time [to get accustomed to each other] and AlphaTauri has been very open,” Honda chief Toyoharu Tanabe is quoted by Japanese media.

“The team was very open to us both technically and administratively.

“Since the team members had never experienced socialising with Japanese people and had no understanding of Japanese at all, [AlphaTauri boss] Franz [Tost] said, “We will work together after understanding Japanese culture.”

“He kindly helped us, and the Japanese people, and they also talked openly in terms of technology.

“From last year I have been working with Red Bull through Red Bull Technology, but it was Toro Rosso who made the basis for it. That’s how I think [about it] and it’s thanks to them that we’re here now.”