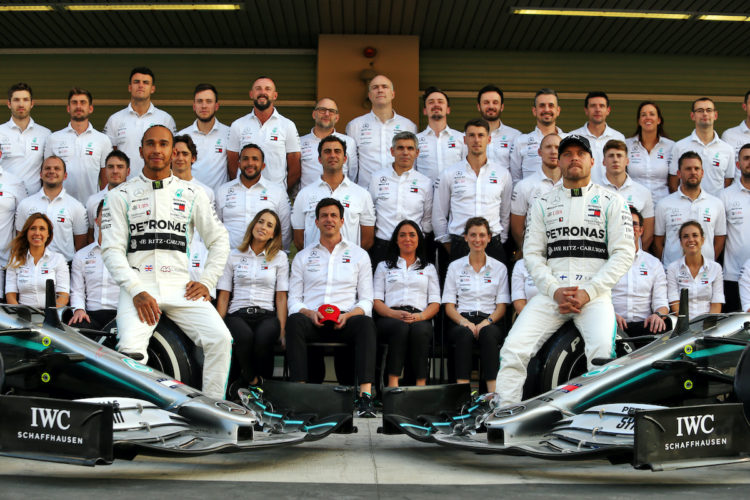 Mercedes-Benz Grand Prix Limited, the company which encompasses the Mercedes-Benz AMG Formula 1 team, has released its latest financial results for 2019, which shows it spent £333 million to win the F1 title.

The UK-based team has won the Constructors’ and Drivers’ titles every year since 2014 and is set to do so again this season, which would crown Lewis Hamilton a seven-time F1 champion – matching the great Michael Schumacher.

Its turnover increased to £363.6m (up £25.2m on the year before), which comes mainly from sponsorship and prize money. A new deal with INEOS likely explains part of that rise.

The accounts also show how little the F1 programme costs parent company Mercedes-Benz AG, which contributed just £28.3m to the business as part of a marketing budget.

In return, the teams performance resulted in Advertising Value Equivalent (AVE) of $5.406 billion for the Mercedes brand.

“This exceptional on-track performance reflected into media coverage of the team. Mercedes-AMG Petronas Motorsport enjoyed a 23.6% share of television coverage during the season and generated a cumulative television Advertising Value Equivalent (AVE) of $5.406 billion for its commercial partners.

“In parallel to the team’s success in recent seasons, the Mercedes-Benz brand has grown in value from $31.9 billion in 2013 to $50.8 billion in 2019 (as measured by lnterbrand), with Formula One making an important contribution to the brand’s status as the eighth most valuable in the world.”

It’s worth noting these figures don’t include Mercedes-Benz High Performance Powertrains Ltd, which supplies and develops the engines for the F1 team and customers including Racing Point and Williams (and McLaren from 2021).

Mercedes F1 made a payment of just over £7m to Mercedes HPP, which has yet to file its 2019 financial accounts.

Based on its 2018 accounts, HPP turned a small £2m profit based on a turnover of £195m – not only does it supply three F1 teams with engines, but it also develops Mercedes’ brand of AMG engines as well as supporting multiple racing series.

The figures show just how much work Mercedes will need to do to come in under F1’s new budget cap of $145m (£111m), which comes into effect next season!