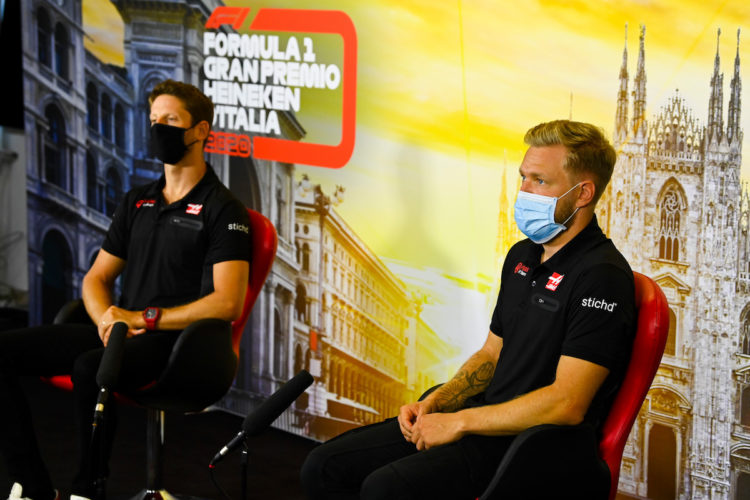 Guenther Steiner has hinted that Haas may alter its driver line-up for the 2021 Formula 1 season, but doesn’t want another change for the 2022 campaign.

The American squad has run with Kevin Magnussen and Romain Grosjean since 2017 and recently committed itself to F1’s new Concorde Agreement despite its struggles since 2019.

Speaking to Sky Sports F1 after Friday practice at Monza, Steiner affirmed that all options are open for Haas regarding its line-up and that it is not in a rush to confirm its roster for next year.

“We are not in a hurry.  It’s better to think a little bit more and make the right decision, even if the perfect decision goes away.

“But we need to do it properly and see what we’re going to do. We’ve got two good drivers at the moment and we can always fall back on them, I guess. Everything is on the table for next year.”

With new technical regulations coming into play in 2022, Steiner says he would like continuity with the line-up so that the driver is already accustomed to the team when the rules change.

“The only thing that I would like and I will discuss it with [owner] Gene [Haas] in the next weeks and months how we do it best and see what fits for us,” Steiner said.

“With the new car coming, if you know the driver at least you’ve sorted something out.

“Even if it’s the guys who are now in, if they stay, they should stay for at least the next two years. I’m against swapping for ’22 with the new car, new driver, that could be difficult.”