F1 reckons Sakhir GP pole time could be in the 53s 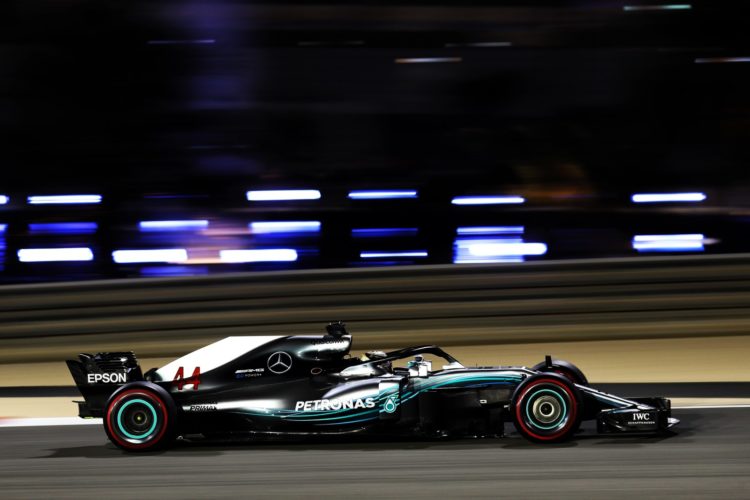 Formula 1’s Chief Technical Officer Pat Symonds says the pole position time for the Sakhir Grand Prix could be underneath 54 seconds, if three DRS zones are used, and revealed several layouts were evaluated.

Formula 1 will hold two events in Bahrain later this year and the second – titled the Sakhir Grand Prix – will take place on the venue’s Outer Circuit.

Bahrain has several layouts to FIA Grade 1 standard, including the regular grand prix layout, the Endurance version used in 2010, as well as the ‘Oasis’ and ‘Paddock’ circuits.

But the track’s Outer layout will be used and at 3.543km it will be one of the shortest tracks in Formula 1 history, just a couple of hundred metres longer than Monaco.

However whereas Monaco has a slow average lap speed Bahrain’s Outer circuit features several lengthy full-throttle sections, meaning it is set to produce the shortest lap time in history.

The previous shortest pole time was set at Dijon in 1974, when Niki Lauda needed only 58.79s to record top spot.

Austria’s Red Bull Ring, which resulted in a 2020 pole position time of 1:02.939s, has been the shortest lap time in recent years.

“We are looking at qualifying with two DRS zones at a 54.3s,” said Symonds.

“We evaluated all the circuits that were available to us [in Bahrain] and remember we have some pretty sophisticated tools.

“They’re not just lap simulation tools, they are tools that allows us to look at probability of overtaking and things like this, we looked at tyre duty cycles, brake duty cycles, and even lighting as it is going to be a night race rather than a dusk race.

“We felt there was something really quite different, a very short lap, a short lap time, a high-speed circuit, a different sort of challenge, we’re quite sure it’s going to give an exciting race.

“We want to provide the fans and spectators with something different I believe we’ve done that.”