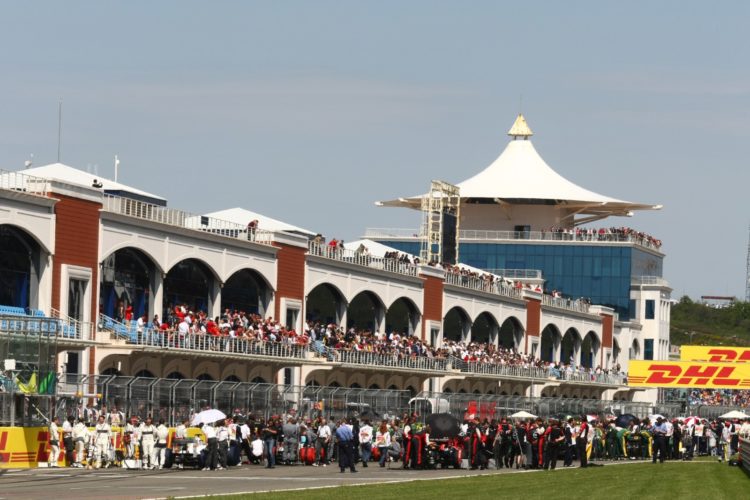 Formula 1 will return to Turkey in mid-November after a nine-year absence as part of a final sequence of events that will conclude the series’ revised 2020 schedule.

After several months of negotiating with various venues Formula 1 has settled upon a return to Turkey, two events in Bahrain, and its usual Abu Dhabi finale to round out the 2020 season.

Turkey’s grand prix will take place on November 15, prior to two races in Bahrain on November 29 and December 6, with the finale scheduled for December 13 in Abu Dhabi.

It means that Formula 1’s 2020 season is set to feature 17 rounds, five fewer than planned, and the lowest since the 2009 campaign, but within the 15-18 race target that was outlined in March when the pandemic struck.

The finalised calendar also confirms the cancellation of grands prix in China and Vietnam, which had previously been tipped to run back-to-back events in November.

China’s event was the first to be postponed as the Covid-19 situation worsened and its cancellation was a formality once the government announced in July that all international sporting events were prohibited.

Vietnam was due to join Formula 1’s schedule for the first time this year in April and its postponement allowed all parties to evaluate the prospect of a November round.

However the decision has now been made to defer its debut round until the 2021 campaign.

It left a space in the schedule in November and that has been filled by Turkey as part of the heavily revised 2020 calendar, which has been completed 363 days after the original 22-race roster was published.

Austria’s Red Bull Ring and Britain’s Silverstone both hosted two grands prix while events are due to be held for the first time at Italy’s Mugello and Portugal’s Portimao.

The Nurburgring will return after a seven-year absence while Imola will host a two-day weekend, marking its first appearance since 2006, and the third event in Italy in one season.

The Hermann Tilke-designed venue was widely acclaimed by drivers for its layout and passing opportunities, with the quadruple apex Turn 8 one of the most highly-rated corners on the calendar.

The circuit, which also held MotoGP races, was most recently used for a top-level FIA-sanctioned event in 2015, when World Rallycross visited the venue.

Bahrain will host two events across late November and early December at the venue that was originally due to hold the second round back in March.

The first event will be known as the Bahrain Grand Prix while the second will have the Sakhir Grand Prix title in reference to the local area in which the track is located.

Yas Marina Circuit has hosted Formula 1’s season finale annually since 2014, having also been the closing venue during its first two years in 2009/10.

Formula 1 chiefs have recently indicated that their intention is to schedule a 2021 calendar that resembles the initial 2020 roster, featuring 22 events.