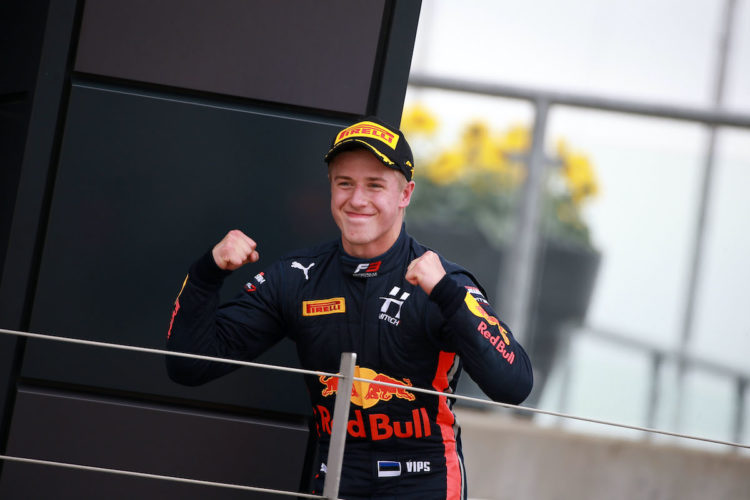 Red Bull-backed youngster Juri Vips will replace Sean Gelael at DAMS for the next three rounds of the FIA Formula 2 Championship.

The Estonian finished fourth in FIA Formula 3 in 2019 with Hitech before recently racing in the Formula Regional European Championship for Prema.

He was set to compete in the Japan-based Super Formula series this year but those plans were thwarted by entry restrictions due to coronavirus, which has ruled him out of next weekend’s season opener.

Gelael had announced earlier this week that he would be on the sidelines for at least six weeks as he recovers from the small vertebra fractured that he sustained in an airborne incident in Spain.

Vips will be competing in an F2 car for the first time, beginning at Spa-Francorchamps, the first of the next triple-header before heading to Italian venues Monza and Mugello.

“I’m very thankful and happy for the opportunity that DAMS has given me,” Vips said.

“I know it’s going to be really difficult to just jump in with more than half the F2 season already completed, but I will do everything I can to give the team as strong as a result as they deserve.

“I’m also looking forward to working alongside Dan, who I’m sure will help me get up to speed, and we will aim to get good points for the team.”